The symptoms, described in more detail below have to occur within 1 month of the traumatic event, have to last at least 2 days and have to be resolved within 4 weeks at the latest. If symptoms persist beyond that the patient would likely be considered to have PTSD. This would still have to be qualified by an interview with a psychologist or psychiatrist.

In general the patient finds it difficult to experience pleasure and feels guilty in carrying on with normal activities of life. The patient may feel detached from the body and have difficulties remembering important aspects of the traumatic event.

There are no reliable statistics as it varies with the type of exposure and the gravity of the traumatic event. However, rates are likely higher than PTSD, but a higher percentage likely dissolves on its own.

The course of acute stress disorder is such that the symptoms are experienced right after the traumatic event. The majority of patients are already recovered from it within 2 weeks of onset of symptoms.

If the traumatic event was more severe, the exposure lasted longer and the patient was the immediate target or was very close to the disaster, then the probability of developing an acute stress disorder is very high and fewer of these cases will resolve in the 4 weeks that the DMS-IV has defined as the end point for this disorder (Ref. 2). These cases would then go on to the post traumatic stress disorder(PTSD). The literature has noted that good social support, family support and a supportive partner can significantly improve the positive outcome of acute stress disorder. On the negative side though it is a fact that the following factors can negatively influence the outcome: a family history for this disorder, an early childhood that was traumatic and mental disorders that were preexisting. 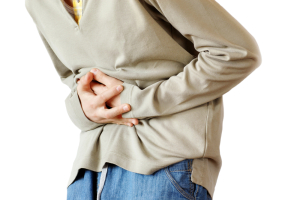 Treatment consists of removing the patient from the source of the acute stress disorder, if this has not already taken place. The patient is then provided with an opportunity to vent feelings, to retell the story of what happened, how it happened and what the patient experienced. Many patients benefit from telling their story several times, finding it gradually less and less stressful.

The patient may need some medication to help with falling asleep easier. Small doses of trazodone(brand name: Desyrel, Trazon, Trialodine) are superior to hypnotics like zopiclone( brand names: Rhovane, Imovane). Many people are O.K. with hypnotics for a short period of time, but some people, and we do not know who will react this way, tend to get addicted to this medication. Trazodone, one of the SSRI antidepressants, on the other hand has been shown in sleep laboratories even in small doses to restore REM sleep and as it has a tiring side effect for 1 or 2 hours 30 minutes after taking it, it can be conveniently used as a sleeping pill (=hypnotic) replacement. If the above measures are not enough, a psychologist or psychiatrist should be consulted.