Social anxiety disorder, also known under the term “social phobia” centers on social or performance situations. The patient is afraid of being embarrassed or humiliated by being exposed to this situation.

One example is that of a person who never had a problem in the school system.

However, that person finds when it comes to public speaking in front of a crowd that he/she clams up, cannot think while speaking and chokes up having to stop or interrupt the speech. As a result it appears that the person would not know the subject despite being a specialist in the area.

Another case maybe a University student who has problems because of failed tests. Under the pressure of the exam the student simply cannot finish all of the tests in time and whatever is finished is below standard, as the student can’t concentrate due to overpowering anxiety.

Social phobias lead to underachieving in school, university or at the work force. Patients with this type of phobia suffer much more inside than they like the world around them to know. Figures of authority intimidate them. They find it difficult to socialize as they may blush, particularly when they want to socialize with the opposite sex. This leads to relationship problems as they say inappropriate things just because they are so nervous, forget, can’t concentrate and often say things that they do not really mean.

Adolescents and adults usually are aware that their fear and anxieties are exaggerated and not reasonable, but children usually do not have this insight. Instead children may be observed to cry for no apparent reason, throw temper tantrums, freeze or to quickly withdraw from social situations when they do not know the persons. This can be embarrassing for the parents and they may inappropriately attempt to discipline the child instead of seeking professional advice.

Social phobias infiltrate many aspects of life such as attending parties, starting and maintaining conversations, dating, public speaking, school, work and others.

Statistics and outcome of social phobias

There are a wide variety of statistics depending on what severity of social phobia is included. If moderately severe or severe symptoms are included, then about 8% of the population have a lifetime episode of a social phobia.

Specifically, in the case of fear of public speaking about 20% of people would say they have it. But when this is put to the test by asking the interviewed people to give a mini speech, only 2% actually do have a significant phobia. The others simply have the normal amount of performance anxiety that still is within normal limits. Social phobias are usually never so severe that they would lead to hospitalization, but they are a significant factor in outpatient counseling clinics where they account for about 15% of the overall clientele.

There often is a family history of social phobias. First degree relatives have a higher probability to develop this as well when compared to the general public.

Onset is usually abrupt following a humiliating experience. But other cases occur in childhood and then continue. It seems to mostly stay life long, but it waxes and wanes. Even a positive work situation like a job promotion, where the worker moves up into a management position, can trigger a social phobia when the worker is required to do public speaking. A social dating phobia may disappear when the person marries, but flare up again when the partner dies or gets a divorce. Social phobias can develop into or be associated with obsessive-compulsive disorder panic disorder with agoraphobia, mood disorders, somatization disorders or substance-related disorders. 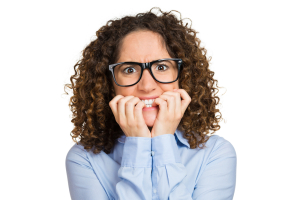 Generally speaking it is advisable to desensitize the patient through the use of exposure therapy. For instance, a fear of public speaking is best overcome by joining Toastmasters.

With this self-help group there is a basic training program with 10 different speeches, which the person can prepare for at a self-controlled pace. As all the other members at one point also had a public speaking phobia, this is the ideal club setting, where it is safe to make mistakes and learn from other people’s mistakes by listening to their speeches. In this fun setting the fear of public speaking is soon replaced with an endeavor of becoming an accomplished public speaker and this is rewarded at the end with an”Able Toastmaster” pin. At this point the patient knows that the phobia is cured. This was achieved entirely through the efforts of such a self-help group.

However, with more specific social phobias it is more difficult to approach the subject. If the boss is an intimidating type and the phobia is regarding meeting this boss, then arranging meetings with him to get desensitized may not be the appropriate therapy. Instead desensitization can be achieved with hypnosis using a protocol similar to the one suggested in Ref. 6. Under hypnosis the patient can be asked to meet his boss in his mind’s eye and then a meeting can take place step by step with the regular inappropriate emotional reaction, followed by the appropriate emotional response. By rehearsing a fictitious meeting under hypnosis in the therapist’s office followed by a posthypnotic suggestion that the actual meeting will bring back all the good memories of this session, will often achieve the desired result of coping better when the boss is met again.

In case the patient cannot take hypnotherapy sessions, can’t find the right therapist or wants medication instead, the SSRI sertraline (brand name: Zoloft), the MAO inhibitor phenelzine (brand name: Nardil) or the long-acting benzodiazepine clonazepam (brand name: Rivotril) can be used. Often patients attempt to solve social situations themselves with substance abuse, but this leads to alcohol abuse (or drug abuse) and this has to be treated as a separate additional problem by the doctor.