In the 1950’s great progress was made with antibiotics against tuberculosis. New antibiotics against syphilis and gonorrhea were developed, the main sexually transmitted diseases in the 1960’s and 1970’s. However, every time that progress was made the topic was getting more and more complex as antibiotic resistance developed and new plagues like AIDS and BSE emerged.
Today we have remarkable challenges as besides AIDS (a virus) and BSE (a prion) there are new strains of antibiotic resistant bacteria of malaria and tuberculosis, methicillin resistant Staph. infection (MRSA) and Vancomycin resistant enterococcus (VRE). We also have a myriad of viral diseases such as hepatitis C and others, that together with AIDS have entered into the group of people who use intravenous drugs with contaminated or shared needles. Further spread into the population at large through close contact and intercourse poses a constant challenge to the physician and society at large.

Before jumping to treatment with antibiotics only, I like to point out that it is important for the body to be detoxified so that the nutrients and supplements can access the cells and help the immune system to fight infections as well. Books like “Breakthrough” (Ref.3) by Suzanne Somers have reviewed newer insights of anti-aging medicine. This points out the importance of detoxifying the body from heavy metals like mercury, lead and cadmium. Glutathione, a natural compound active in the liver, supports the immune system in fighting infections. Some anti-aging physicians recommend to do chelation therapy with vitamin C and intravenous glutathione to strengthen the immune system. 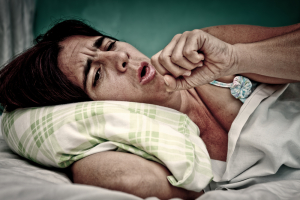 In the following chapters I am attempting to give an overview of this complex topic. There are so many different agents of infections such as bacteria, viruses, fungi, parasites and prions. However, in practice this scientific classification by the causing agent is not that helpful as the system in the body that is infected is more important. However, classifying by systems infected also has its weaknesses as there is an overlap between any classification system. Ref. 1 and 2, which are the authoritative texts of the American Public Health Association, have solved this dilemma by simply listing the various communicable diseases alphabetically.