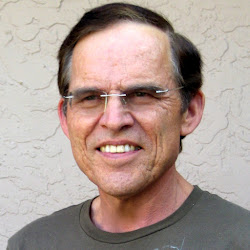 “About Dr. Ray Schilling” is an overview of his professional life.

Dr. Ray Schilling was born in Tübingen, Germany. He grew up in Southwest Germany and returned to his home town to study medicine. His studies took place at the Eberhard-Karls-University Medical School where he graduated in 1971. Notably, he wrote his thesis in endocrinology to obtain his M.D. (1). Also, he published a paper in English in an abridged version in the Acta Endocrinologica (2). Following his internship in Germany, he immigrated into Canada in 1972. He started a post-doctoral cancer research position at the prestigious Ontario Cancer Institute in Toronto from the fall of 1972 onwards until the end of 1975. He published three papers in the area of cell immunology and cell separation methods using a mouse model (3,4 and 5).

Ray always felt drawn to practicing medicine and to prepare for this he enrolled in a 2 1/2 year family medicine program equivalent (mixed internship program) at McMaster University in Hamilton, Ontario. After the Canadian Board Examination (called LMCC) he moved to western Canada to practice family medicine for 16 years in a suburb of Vancouver, B.C. In 1983 he trained at the University of British Columbia in clinical hypnosis and joined as a member of the Canadian Society of Clinical Hypnosis. He incorporated this knowledge into his general practice and applied it in patients with various disorders.

Work as Medical Advisor for WCB

In 1994 he joined the WorkSafe BC as a medical advisor in occupational health while continuing his clinical work in walk-in-clinics. He perceived that patients have a need to know more about their medical conditions.  The busy general practitioner does not have enough time to explain diseases to patients. This was the reason for him to write this book, called ‘NetHealthBook’ (6), because it is strictly published on the Internet. Since October 2002 Dr. Schilling has been publishing a monthly health newsletter on the Internet under www.askdrray.com (7). This consisted of five timely health topics from up-to-date medical literature. He published this every month until Dec. 2008 inclusive. Since then, he decided to incorporate new information from the medical literature on a weekly basis directly into www.nethealthbook.com/news. From Jan. 1, 2021 Dr. Schilling reduces contributions to the News section of Net Healthbook to every two weeks.

An effort is made to summarize research findings that affect our health including new insights into diseases, new treatment modalities and conceptual changes in medicine, all in easy to understand general language. The latest development in that regard is bio-identical hormone replacement when deficiencies have been identified by blood or saliva tests. This branch of medicine is also known as anti-aging medicine, which may allow a person to age without disabilities and live a fulfilling, active and vibrant life. Prevention is better than applying curative medicine later, but both have their place depending on what problem is at hand.

Dr. Schilling has retired from his position with WCB in February of 2010. He is a member of the American Academy of Anti-Aging Medicine (A4M). His retirement activities include maintaining his medical blog www.askdrray.com and his other medical website www.nethealthbook.com, go ballroom and Latin dancing, working out at the gym and catching up with his grandkids.

In 2014 he published a book on anti-aging medicine called “A Survivor’s Guide To Successful Aging”, which contains 7 days of anti-aging recipes by his wife, Christina Schilling.

2017 he published his third book, “Prostate Cancer Unmasked“, where 9 different treatment modalities for prostate cancer are reviewed in detail.