In many cases it may be that serotonin production is low, which is responsible for a normal mood. Melatonin is a precursor to serotonin and a chronic lack of sleep can lead to lower melatonin production in the pineal gland,  so a lack of melatonin may well contribute to the development of mood disorders. In addition with older age (above the age of 40) melatonin production ceases almost completely, which may explain why depression is more common in older people.

A lack of exercise and improper diet with a lack of omega-3 fatty acid as well as a lack of sunshine in the winter months in the northern hemisphere reducing the vitamin D3 production in the skin can also contribute to mood disorders.

In this context home remedies like the use of a light box in the winter months, melatonin 3 mg at bedtime for melatonin and sleep restoration, vitamin D3 at higher doses (like 4000 IU to 5000 IU per day) and omega-3 fatty acid supplements daily makes sense. This along with regular physical exercise will not only prevent mood disorders to a large extent, but will also stimulate the immune system and prevent cardiovascular disease. 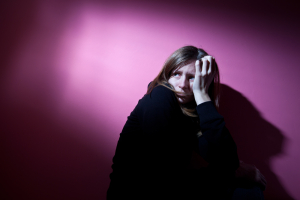