Suicide is a huge social and emotional burden. We have to distinguish between suicide gesture, suicide attempt and completed suicide.

About 10% succeed(completed suicide). The attempted suicides account for about 20% of all emergency hospital admissions and 65% of those are less than 40 years old. Women are attempting suicide 2 or 3 times more often than men, but men complete it more often. Among the completed suicides more than 70% are older than 40 years. The incidence of older men who kill themselves successfully is even higher above 60 than at age 40. Practicing members of religious groups and married couples have a much lower suicide rate than single or divorced people. Suicide notes are often left (by about 1 in 6 who complete suicide) which summarize the reasons of why they have done it. Any person who attempted suicide unsuccessfully, but left a suicide note nearby should be treated as an inpatient in a psychiatric ward and a psychiatrist should be give the note. Working though all of the points raised by the suicidal, depressed person is an important part of the therapy for depression.

Many people wonder why a fellow human could attempt or even complete such a self destructive act. There is usually a string of negative events in that person’s life, which leads to the final desperate move of committing suicide.

It can happen in a person with a risk taking personality trait displaying self destructive behavior such as alcoholism, violent behavior, reckless driving and self-mutilation. Behind such a personality is often a broken home, in which the person grew up.

Traumatic childhood experiences such as growing up with an alcoholic parent and witnessing and experiencing abuse has been shown to lead to self-destructive behavior in the offspring. Often this behavior leads to isolation and depression. Among the major symptoms of depression are suicidal thoughts and behavior. More than 50% of attempted suicide cases are due to inadequately treated depression. Depression may have been triggered by social situations such as broken up relationships, divorce, loss of a close person. It might be due to major financial crises such as bankruptcy or business failure. It may be because of personal injury such as after a car accident, an illness like cancer or a disabling disease like multiple sclerosis or Parkinson disease. Particularly among the elderly up to 20% of suicides are due to debilitating disease that the person cannot tolerate emotionally. 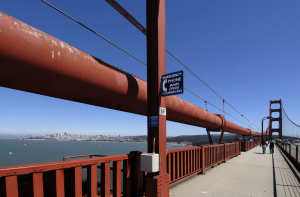 With proper diagnosis of depression, empathy from the treating physician and proper treatment many, if not all of these cases could be prevented from killing themselves. The key, however, is early diagnosis, treatment with antidepressants, supportive counseling and the support from self help groups.

Psychiatrists often point out to family physicians at continuing education events how important it is to frankly ask the patient in a high risk setting how they are coping emotionally and then to also ask directly whether they have recently been thinking about “ending it all”. Often suicidal patients will open up and talk about all the negative feelings they have been bottling up. With supportive counseling at this stage and some antidepressant medication many patients can be adequately treated as outpatients. On the other hand, if further interviewing reveals that the patient is at a high suicidal risk, the patient can be hospitalized with close psychiatric nursing supervision until he/she is over the critical period. With an increased awareness of high risk settings the public at large can help as they spot problem cases and talk to the affected person and attempt to influence them to seek psychiatric advice or at least see their physician as a first step.

Maybe not all cases can be prevented, but a higher than 50% of the cases that kill themselves presently could have been helped. We as the public need to overcome the stigma that we often still attach to mental disease. Mental disease is treatable. We have to remember that somewhere in the future when we get ill with a disabling disease it may be us who could be on the receiving end.

Here is a US site on Suicide Prevention (thanks to suicidepreventionlifeline.org for this link).

Here is a Canadian site on Suicide Prevention (thanks to suicideinfo.ca for this link).