Agoraphobia is an anxiety or fear regarding being away from the safe environment of home, going outside the home into the world. Agoraphobia is also called “fear of open spaces”. It can occur on a plaza or when walking on an open field. A related phobia, but in a way the opposite, is claustrophobia, where there is a fear of being trapped in a situation or a location with no way to escape (elevator, cave etc.).

Any of the symptoms of panic attacks listed under “anxiety disorders” could be present, but without a panic disorder.The patient tries very hard to avoid any situation that triggers an anxiety attack and even being noticed by others avoiding situations that cause panic attacks would be perceived as embarrassing. Often such a fear centers around open spaces, such as a market place, an airport, but also enclosed spaces such as airplanes, a crowded theatre, an elevator etc. There are different degrees of agoraphobia, but after a few years without treatment it could grow to the point where the patient will mainly stay homebound. Agoraphobia is a common anxiety disorder, which occurs in 4% of women and 2% of men and tends to manifest itself first in the early 20’s. 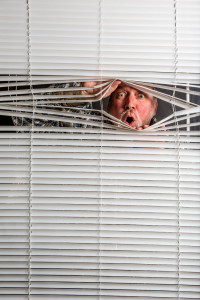 The best therapy is behavior therapy, which consists in deliberate exposure to the dreaded fear. It is important to treated by a therapist who has experience with this kind of approach. Hypnotherapy (Ref. 5) is also a way of approaching this without any medication.

Under hypnosis posthypnotic suggestions can be given to seek out previously embarrassing situations to prove to the patient that now it will be safe to face such normal situations. 70% to 90% success rates with these therapies are common. Those, who have still problems are best treated with antidepressants as listed for panic disorders above. Anxiolytics should be avoided as they tend to get the patient into addictive situations. There are also self help groups that can be very useful to overcome certain fears.