There are several types of schizophrenia.

Often associated with this is an echolalia, where the patient repeats like a parrot a word or phrase that another person just spoke. Another symptom is common with catatonic schizophrenia, namely echopraxia, where movements of another person are imitated repetitively. There are dangers of malnutrition and self-inflicted injury. During an extreme excitement there is a danger of self-harm or a danger that the person in this state might harm others.

In this type of schizophrenia there has been a major episode of schizophrenia before, but the symptoms do not display psychotic features (like delusions, hallucinations, disorganized behavior or speech). However, there are other symptoms of schizophrenia present. This clinical entity is important to recognize as it can either lead to a complete remission (meaning “temporary cure”) or else it can indicate an impending full-blown episode. In the latter case it is like the silence before the thunderstorm. The third alternative is that it stays for many years in a more stable fashion.

In this disorder the patient has symptoms of schizophrenia, but the duration is shorter than the 6 months requirement for schizophrenia. On the other hand the duration is longer than 1 month, below which it would be labeled “brief psychotic disorder”. This diagnosis is either made in retrospect when the patient has recovered and the overall duration of he illness is known. Or it is a “provisional” diagnosis assuming that it will not last longer than 6 months(or 1 month with treatment). It is much less prevalent than schizophrenia with a lifetime prevalence of 0.2%. About 1/3 of patients recover in less than 6 months and are cured. The remaining 2/3 of patients progress either to schizophrenia or to schizoaffective disorder (Ref.2) 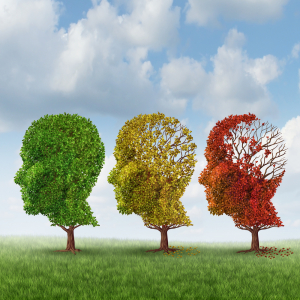