Obsessive compulsive disorder has two components to it. On the one hand there is an obsession with obsessive thoughts involving images, ideas or thoughts that are repeating themselves all day long (example: contamination thoughts). On the other hand there are compulsions, which are repetitive behaviors that are designed to alleviate in some way the obsessive thought that is causing marked distress (example: washing hands repeatedly). The patient spends a significant amount of time every day on this behavior, at least 1 hour per day or more (Ref.2).

Some of the common obsessional themes are to avoid harm, risk or danger. Here are common questions that might go through a patient’s mind: Have I locked the door? Are my hands contaminated? Are the family pictures exactly in the same order as before? The patient will automatically check the door 100 times to see whether it is unlocked, but the fact that it was locked last time has no impact on the behavior that makes the patient continue to check it over and over again. The patient can switch behaviors too. For instance, if there is another person present and there is now a fear that the obsessive compulsive behavior would be unmasked and this could have terrible consequences such as an admission at a psychiatric hospital, the physical checking of the lock can now be replaced by a slow internal counting backwards from 100 to 1 several times to alleviate the internal anxiety. When the person has left, the door checking can begin “safely” again.

Statistics and outcome of OCD

How frequent is OCD? 2.5% of the general population suffer from it throughout their lives. There may be a silent “underground” phase in childhood, but it seems to begin in teenagers and young adults. Men seems to be affected earlier (peak at age 6 to 15) than women (peak at age 20 to 29). 80% of patients have a slow start, but have chronic ongoing symptoms. 5% have an episodic course with hardly any or no symptoms between episodes. 15% have a more serious course with problems developing at work as well as problems functioning socially.

There is a genetic component that predisposes to ODS as twin studies have shown. First degree relatives of OCD patients have a higher rate than in the general population. There is an association of depression with ODS as about 33% of patients have depression as a secondary diagnosis at the time OCD is diagnosed. Over a lifetime this percentage is increased to 66% of patients with OCD suffering from depression at the same time. 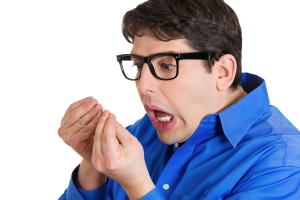 Behavior modification methods with exposure to the topic that is feared is effective in gradually overcoming the obsessions.