With a panic disorder there is an anxiety disorder, where the patient has recurrent panic attacks (at least 4 of the 13 symptoms listed under “panic attack”).

This is unexpected and the patient is now worried for more than 1 month about getting another such attack or starts to change the behavior to avoid another attack.

There is no chemical reason, no disease and no other mental illness that accounts for it. It comes “out of the blue”, in other words there is no triggering mechanism. These panic attacks can vary widely. In some persons they occur daily, in others once a week or daily for one or two weeks, then not for several months. The patient may get a fear of developing a certain disease such as a heart attack or a brain tumor. Despite reassurance after normal tests the feeling of developing a life threatening illness continues. Other patients fear that they are developing a fear that they are losing their mind and will have to be admitted forever into a closed psychiatric ward. If the panic attack is associated with agoraphobia, then the subtype called “panic disorder with agoraphobia” is diagnosed. With this form of panic attack the patient develops the behavior to avoid the place or situation where the attacks occur. However, as the anxiety disorder is located within the patient the symptoms do not disappear.

Panic attacks (with or without agoraphobia) occur in about 3% of the population in a lifetime. About 40% of patients with panic attacks also have agoraphobia. Panic disorders occur in the late teens and then in a second peak in the mid 30’s. The clinical course of the illness is such that it waxes and wanes. About 10 years from the initial diagnosis about 30% are well, 45% are improved, but are still symptomatic and 25% have symptoms, which are the same or even worse. First degree relatives have a 6-fold higher chance of developing a panic disorder. 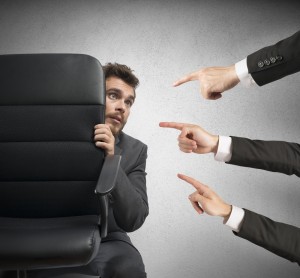 For this reason the physician will attempt to use an antidepressant as the mainstay therapy with only occasional anxiolytic therapy for more severe panic attacks. However, on the long term the second part of the therapy, namely the counseling type therapies are very important. This would involve cognitive therapy, behavioral therapy and family therapy. The psychiatrist can arrange such therapy. Also, hypnotherapy has been found useful in agoraphobia and panic attacks to tone down the severity of symptoms and reduce the frequency of it. In some cases the agoraphobia and panic attack can be completely resolved, particularly when there were repressed childhood memories that triggered these attacks subconsciously (see Ref. 5).