Psychotic disorder is a ” brief ” mental illness where there is only one episode of a mental disturbance lasting at least one day, but less than 1 month.

Symptoms are hallucinations, delusions, incoherent speech or behavior that is grossly disorganized or catatonic. It can come on within 4 weeks after the delivery of a baby. It can also be associated with major stresses such as the loss of a loved one.

Or after painful combat experiences, major business failures or bankruptcy etc., however it can occur without any stress as well. It tends to happen more in individuals who have a pre-existing personality disorder( like borderline, narcissistic or paranoid personality disorder). It can occur in the late teenage years, but typically occurs in the late 20’s to early 30’s.

The reason that the brief psychotic disorder is important to recognize, is that with this episode of severe confusion and overwhelming emotional turmoil there is a high suicide risk for a short period of time. 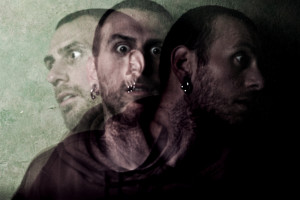 If the relatives can call police in time and the patient is hospitalized for a brief time until the danger of suicide has passed, then the patient is fine. If there are psychotic symptoms beyond 1 month, then we are dealing with another psychiatric disorder such as schizophreniform disorder, delusional disorder and others.

Treatment consists of a brief course of antipsychotic medication (thanks to www.medicinenet.com for this link).