The patient with hypochondriasis has the following symptoms.

· Normal body signals or sounds are misinterpreted as proof of disease

· Despite normal findings the patient insists that there is a disease

· A variety of symptoms may be involved with hypochondriasis. Examples: heartbeat too slow, too fast, irregular; pronounced bowel activity indicating to the patient colon or small bowel disease; an occasional nervous cough perceived as a sign of asthma; the veins are “aching”; “I must have a tired heart”; dry skin from over-washing the hands may be interpreted as psoriasis; “I am so sick to my stomach”. However, after many tests including a normal gastroscopy the patient will not accept “normal” for an answer.

Statistics and course of hypochondriasis

It is not known what the true rates of hypochondriasis are in the general population. However, in a general practitioner’s practice on average there is a prevalence rate of about 6% at all times. Hypochondriasis starts in early adult life, becomes chronic and then waxes and wanes. Only about 5% will recover permanently, the majority carries on. Often underlying other anxiety disorders or a personality disorder will contribute to the chronicity of this condition. 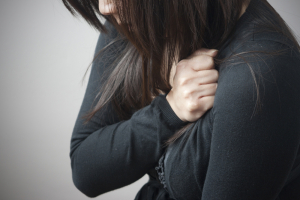 As already indicated, treatment is extremely difficult, because the patient does not believe the physician. The patient, who believes that something is seriously wrong and will not listen to the evidence of normal tests, cannot be helped. On the other hand, if the patient will allow the physician to refer the patient to see a psychiatrist, there might be a chance that the occasional patient will allow the underlying psychiatric disorder to be treated. However, this is hampered by the fact that this group of patients tends to believe that the “symptoms” are of a physical nature and often will refuse referrals to psychiatrists or psychologists.