With delusional disorders the patient has one or more delusional belief(s) for more than 1 month.

In other words in the case of a persecutory delusional disorder, which is the most common one, the patient may have the false belief (the delusion) that the water is being poisoned by the township (delusion of persecution).

In support of this delusion the patient may also have developed olfactory (smell) and tactile (touch) hallucinations that allow the patient to smell the “poison” and to feel it when the patient rubs the fingers under water coming from the tap. Although it is strange to witness this, the patient is still perfectly normal in other areas of mental functioning, the criteria for schizophrenia, for instance, are not fulfilled. It is possible that the water could be poisoned, the difference is only that the normal person knows that the water is chlorinated to the normal extent, while the patient with persecutory delusional disorder believes that it is poisoned.

If after 2 months the delusions fade and normal thinking gains the upper hand, the patient may have spontaneously recovered from the delusional disorder. However, on the other hand there might be some change in the drinking water where after a series of storms some pigment found its way into the water intake and the water works sends a notice around that the water is safe to drink despite the yellow tinge. There may be a slightly higher chlorine content to ensure safety of the drinking water. This scenario could suddenly lead to a flare-up of the delusional thinking of the patient from the example above.

There could be an anger outburst, which is out of proportion to the situation. For instance, the patient may now write threat letters to the water works or actually drive by the water works department and get into a heated argument with one of the employees there. This may lead to a call to police and result in some legal action. Objectively speaking, the patient overreacted and showed some strange behavior, which necessitated intervention by police. Subjectively, from the patient’s point of view, the waterworks attempting to “poison” the patient was justification enough for the patient to display the above behavior (within the framework of delusional thinking). 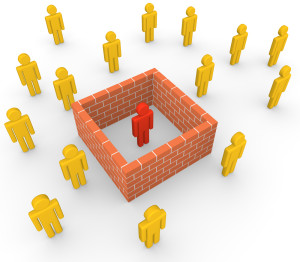 There are several other types of delusional disorders depending on the underlying delusions: the grandiose delusion, the somatic delusion, a jealous type and others. The somatic type can cause a series of unnecessary investigations to look for an elusive (nonexistent) parasite, to look for the yeast infection (that is not there) or the cause of the foul odor that only the patient can smell.

Delusional disorder treatment can be difficult and consists at times of a combination of a brief course of antipsychotic medication. At other times simply a doctor’s examination is required to reassure the patient that all is well (after appropriate tests and exams). At other times, if patients are considered to be a danger to themselves or to others, hospitalization may be needed. There should always be a referral to a psychiatrist who has the background training to deal with these complicated mental patients. The goal on the long term is to attempt to shift the patient’s attention away from the delusional belief and to help normalize the patient’s life. There is some indication from follow-up studies that the jealous type has a better long term outcome than the persecutory type (Ref. 2).