With schizophrenia and the schizophrenic disorders there is confusion in the patients’ minds about who they are, what they see or hear around them and this causes severe social problems for them.

Psychotic symptoms, delusions, hallucinations and bizarre behavior are more or less represented in each of these conditions. Subtypes of schizophrenia are described under various links.

Schizophrenia is a major psychiatric disorder where the patient experiences a multitude of strange symptoms such as loss of contact with reality, false beliefs, false perceptions of sounds and images, abnormal thinking, reduced motivation and flat affect. As a result these patients, when untreated live in their own world, find it extremely difficult to communicate and to trust people around them, which makes it awkward for loved ones, friends and strangers to understand them. This leads then to social isolation, work disturbances and often marital conflicts and divorces. Secondary depression often sets in and frequently leads to suicide.

The worldwide prevalence is 1%. Both men and women are equally affected with schizophrenia, however it starts earlier in men(peak is from age 18 to 25 years) than in women (peak is between 26 and 45 years of age). It is rare in childhood or early adolescence, but does occur in 4 to 10 children out of 10,000. First degree relatives of schizophrenic patients have a 10-fold higher incidence of schizophrenia than the general population.

Adoption and twin studies have shown that the major factor is the genetic component, but there is a significant environmental component, which is also effective.

The exact cause of schizophrenia is not known, but there is a biological basis. The popular model at present is a vulnerability model, where there is an underlying minimal neurological vulnerability. On top of this come environmental stressors such as a broken marriage, leaving home to go to the army, moving to another town to find work, the loss of a loved one etc. , which then causes the brain metabolism to derail. Often the disease itself can feed into this negative cycle by causing loss of work or relationships and leading to homelessness and poverty. This will then tend to make schizophrenia chronic and very difficult to treat. Ref. 10 points out that there are different brain metabolic patterns for different subcategories of schizophrenia.  The brain metabolism can be positively influenced by a knowledgeable specialist with nutrients  rather than major antipsychotic medicine or nutrients can help reduce the amount of antipsychotic medicine required to control schizophrenic symptoms. 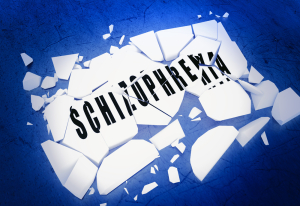 Among schizophrenics brain studies over the years have consistently shown some structural changes such as an enlarged ventricular system(= the fluid filled chambers in the center of the brain). Certain parts of the brain such as the hippocampus and the temporal lobes are smaller, but the basal ganglia are enlarged. This can be detected with imaging studies. The cerebral cortex in patients with schizophrenia tends to be small in size. With the help of the PET scanner, where brain function can be visualized such as glucose utilization, abnormalities in the prefrontal cortex can be shown in schizophrenics, but not in normal controls.