There might be inappropriate laughter or silliness that is not really related to the content of speech. The inability to follow through on goal oriented behavior such as daily activities of getting dressed, preparing meals, taking a bath etc. can have consequences of having to be referred into a home with supervision. Apart from the flat affect there is also inappropriate grimacing and a peculiar sequence of mini behaviors called “mannerism” and other strange behaviors. This subtype of schizophrenia shows up with marked abnormalities on cognitive and neurophysiological tests. The long term prognosis, particularly when it starts early in life, is poor with a high percentage of patients ending up in hospitals or care homes.

This form of schizophrenia is considered more severe as it makes it impossible for patients to prepare meals, take care of their daily affairs and manage money responsibly. Because of their disorganized thinking and inappropriate behavior they tend to confront others, which becomes socially unacceptable. 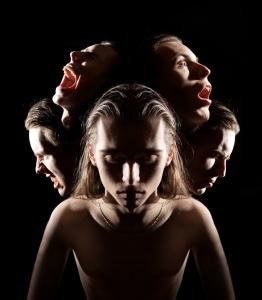