Ureaplasma and Mycoplasma are two organisms (Mycoplasma genitalium and Ureaplasma urealyticum) that are sexually transmitted from person to person. They are very difficult to culture in the lab and are not assayed routinely. As they are covered by the same antibiotics that are effective against Chlamydia, in most cases it is not important to distinguish between these strains. However, there is data to suggest that some of the resistant cases of Chlamydia are sometimes not due to Chlamydia resistance, but rather due to multi bacterial infections. After Chlamydia has been eradicated these other pathogens stay behind that are more difficult to treat. Mostly they just need longer antibiotic treatment in order to be eradicated. These cases should be referred to an STD clinic that specializes in sexually transmitted diseases in order to deal with these problems. Here is an electron microscopic image of Ureaplasma urealyticum (thanks to www.wishartlab.com for this image). Mycoplasma genitalium is structurally different. Here is an electron microscopic image of Mycoplasma genitalium (thanks to microbewiki.kenyon.edu for this image) showing the darker mycoplasma pathogen (arrow) attached to an epithelial cell (lighter grey).

There are other infections that can be spread to genitals both in males and females because of certain sexual practices. Genitals have a flora on them that is mutually tolerated, if they are exposed to each other in a heterosexual manner. However, if there are sexual practices that lead to anal-oral contamination, then bowel flora such as Campylobacter, Shigella, Salmonella species are suddenly transmitted to a sexual partner.

Similarly viruses such as hepatitis A or B can be transmitted that way or giardiasis or amebiasis. Oral-genital contact transfers oral flora to the genitals that normally are not equipped to deal with this flora. As a result itchiness with mixed anaerobic and aerobic bacterial growth as well as yeast infections of the genitals will result from this, which through regular heterosexual intercourse gets spread to the partner as well. The physician often needs to treat this with antibiotics for the aerobic bacteria, Metronidazol for the anaerobic bacteria and a topical cream against Candida albicans. 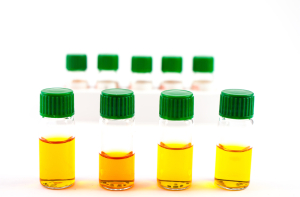 As old-fashioned as it may sound, these other sexually transmitted infections (and most venereal disease) can largely be prevented by going back to the basics: sexual relations in a monogamous relationship. Condoms reduce higher risk settings, but are only about 60% to 80% effective (key is the avoidance of risky behaviors).