Chancroid  is a sexually transmitted disease that is mostly symptomatic in males as it causes painful ulcerations on the skin of the male genital. Notably, the underlying pathogen has the name Haemophilus ducreyi (or H. ducreyi for short).

Conversely, in the female milder ulcerations occur on the surface of the vagina and the cervix, but it can go undetected until a pelvic examination with inspection of these areas is done. Indeed, prostitutes often are carriers and pass it onto the male customers.

As an illustration, chancroid is very common in the tropical and subtropical regions of the world. In temperate zones including the US it is much less common. However, there have been outbreaks in the US particularly among migrant farm workers and also among poor residents in inner cities.

After an incubation of 3 to 5 days (but sometimes up to 15 days) a painful pimple forms on the surface of the penis that breaks down fairly quickly into a central ulcer and a red elevated border. The regional lymph glands in the groin area react by swelling, are painful and within a short time form abscesses that melt together into a bigger fluctuating mass.

Without treatment they might rupture and discharge pus. This in turn infects any skin that gets in contact with it. As the bacteria, called Haemophilus ducreyi, are aggressive and quickly eat into the underlying tissue, the result can be disfiguring scarring of any previously infected area. In the male the foreskin can become strictured, called phimosis. The urethra can also get strictured from scarring, which can cause urinary retention and requires urological intervention. There can be sinus formation between the infected lymph glands in the groin area and the skin. When the urethra is affected and not treated right away, a fistula can form between the inside of the urethra and the outside skin on the penis. Without antibiotic treatment these ulcers will heal only in several months. With proper antibiotic therapy Haemophilus ducreyi will be eradicated within 1 to 2 weeks including the ulcerations (Ref. 2, p.91).

The diagnosis is usually done by an experienced clinician. If the general practitioner has not seen enough of these cases, it might be wise to refer such a patient to a dermatologist. Any sample that is taken for culture must be sent to a laboratory that has the expertise to culture Haemophilus ducreyi, as it is slow growing and needs a special culture medium.

Gram stain of oozing liquid from the edge of the chancroid ulcer will often show Gram negative cocci that are situated between white blood cells. Specialized labs in university centers may use immunofluorescence techniques or polymerase chain reaction technology to pinpoint the cause. Apart from this disease the clinician will also check for other sexually transmitted diseases including herpes genitalis. AIDS when present together with chancroid is particularly infectious in this situation as the blood and serum leaking from the ulcer base contains many HIV particles that can readily infect the partner too when chancroid is present there also. The clinician will mostly have to start treatment before the final test results are all available. 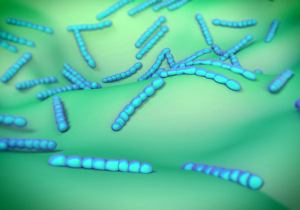 Fortunately there are several antibiotics that are effective against Haemophilus ducreyi. Here are some effective treatment regimens (4 alternatives).