If instead of “alternative cancer treatments” I would say “unproven cancer therapies” everybody would look the other way. But when it comes to unproven alternative cancer treatments, everybody hopes that this particular technique will bring the great break through. Unfortunately this is exactly what many unconventional treatment centers in Mexico, in Germany or on the Internet promise.

You may want to look at the following Internet site: http://www.nci.nih.gov/  This contains a section with questions about alternative cancer therapies.

Ref. 13 has a detailed historical run down of the various cancer therapies, that have proven to be ineffective. Some of them might surprise you to be on the list. The following alternative therapies are discussed there: Laetrile, macrobiotic diet, immuno-augmentative therapy(IAT), Iscador, Issel’s treatment, and Krebiozen. Other unproven therapies are: chaparral tea, Hoxsey tonic, Gerson, grape fruit diet, Kelly malignancy index, Koch antitoxins, metabolic therapy, psychic surgery, Orgone make energy devices, iridology and ultraviolet blood irradiation, just to mention a few of the more popular ones.

The problem is not that these therapies would not have been tested. They have been tested by reputable Cancer Clinics in an objective manner. But the media seems to get manipulated by the proponents of these methods so that the truth does not get communicated. The truth is that all these methods do not work when measured with the evidence based medicine tools. 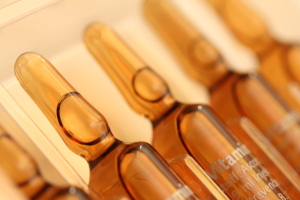 A doctor’s experience with the Laetrile therapy

I had personal experience with 35 end stage cancer patients who all went to Mexico to get Laetrile treatments in the early 1980’s. They all signed a consent form that they wanted intravenous Laetrile for their terminal condition when they came back. All of them died a few weeks or months later from their cancers except for one patient who had been treated in Mexico with a combination of chemotherapy and Laetrile. The chemotherapy, I was told on the phone by the physician in Mexico, would have been three times as strong as is customarily used, because Laetrile would have a “cell protecting effect”on the bone marrow cells.

The patient had a non-Hodgkins lymphoma, which had been extensively treated by the local Cancer Clinic at home and as there had been no more response, he had been given up as “incurable”. To my surprise the follow-up blood tests were all normal and after about 1 year of intermittent Laetrile this was stopped with the patient living a normal life. Eventually I lost track of the patient, but for at least 10 years after completion of the therapy he was still healthy with no sign of tumor recurrence. In terms of mathematics: this was a 2.9% response rate. In other words, we had to treat 35 patients to get one good response. And the response rate was due to the combination of high dose chemotherapy and Laetrile. From an evidence based medical point of view this may not have been a good response rate. But from this patient’s point of view it was a marvellous success. 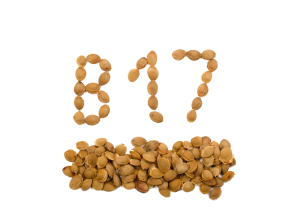 Alternative Cancer Treatments (Laetrile Is Made From Apricot Pits, Was Called “Vitamin B 17” Originally)

What are some of the problems with alternative treatments?

Cancer is a disease, which stirs up emotions in all of us as we remember often a loved one who died from this disease. It is also a disease, which can mostly be cured, if it is diagnosed early (stage 1 of the disease).

However, it is still often only diagnosed in a later stage for various reasons when cure rates are less favorable or even poor. Gene therapy guided immune therapies (Ref 7 and 8 mentioned above) have already shown remarkable results in end stage cancer and will play an important role in the mop-up stage, if not in future at an earlier stage of cancer treatment.

Any cancer patient reading this, do not delay your treatment. Seek the advice of your family physician. Get a prompt referral to a specialist in the field of expertise, where the cancer is located. Ask the specialist whether you need to go to the nearest Cancer Clinic where the latest technology is available or whether the specialist thinks that your cancer can be treated locally.