There are other cancer therapies that have been around for a long time.

One such observation was that an artificial fever would break up more of the fragile cancer cells, but leave the normal cells intact (hyperthermia treatment). Some physicians and patients hoped that this would be the new panacea of nontoxic cancer treatment. However, it is not. Hyperthermia treatment can have a place in cancer therapy similar to immunotherapy.

But it has its limits and will only create a response rate and survival advantage of about 25% in advanced cancer of the cervix cases when combined with radiotherapy (Ref.9). In cases of liver cancer the authors of Ref. 10 showed that local hyperthermia at the resection edge immediately following surgical removal of part of the liver will lead to a 25% to 117% increase of survival times when compared to controls who received surgery alone. 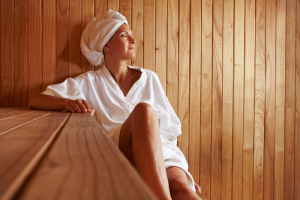 Photodynamic therapy for bladder cancer, lung cancer and esophageal cancer is a newer technique since the mid 1980’s where hematoporphyrin compounds are used as a sensitizer and a strong light with a certain wavelength is employed to release cancer toxic compounds locally.

This is not a cure all, but some cancers that could not previously have been treated show a good response rate now. For instance, Patients with cancer of the entrance of the vagina(vulvar cancer) who are difficult to treat, responded well to photodynamic therapy, although deeper lesions still needed to be treated conservatively( see Ref. 11). On the other hand inoperable bronchogenic cancer (lung cancer) can be treated safely with photogenic therapy( Ref. 12) and allow patients to have a better quality of life in their last days of inoperable cancer. Those who were in an earlier stage had a somewhat better survival rate. There are other papers in the literature that I did not cite here, which point out that palliative care of Kaposi sarcoma in AIDS patients, palliative bladder cancer treatment or palliative care in breast cancer with skin metastases would include photodynamic therapy. The physician might combine this with other treatment modalities.

It is a new type of chemotherapy directly interfering with cell division. It does so by interfering with the normal spindle formation within a dividing cell. As cancer cells are rapidly dividing cells, it affects mostly these cells. Historically the first taxanes were vinblastine and vincristine. They were used for leukemias and lymphomas, but later were found also useful in solid tumors as well.

Some of the taxanes used against cancer in humans

Taxanes are derived from the Pacific yew, Taxus brevifolia. Eventually the active ingredient paclitaxel was isolated. This is now produced semisynthetically from the European yew, which is more abundant, and supply no longer is a problem. Various other taxanes are listed above as well along with their clinical applications (Ref. 13, 14).