It took years and years of studying various subpopulations, their sexual behaviors and studying the changes of superficial scrapings from yearly Pap test smears in these women before pathologists and gynecologists could conclude what might cause cervical cancer.

What emerged from these studies is the following: There is a very strong link of human papilloma virus (HPV), type 16 and 18, and the development of cervical cancer.

These viruses are different from the cause of genital flat warts (called”condylomata” in medical lingo), which are also HPV, but types 6 and 11. Further studies showed that it is not so much the female (except for prostitutes), but the promiscuous male who is the cause for the spread of cervical cancer.

But there is an 18 to 20 year incubation time and it will never be possible to know exactly who in this chain of events caused cervical cancer. The reason for this strange scenario is that women’s cervix is extremely susceptible to the HPV, type 16 and 18, but the male counterpart (the soft skin of the glans of the penis) is not susceptible to developing cancer, but it will transmit the virus to another woman. Why then can a woman who never had sex with another man except for her husband develop cervical cancer? There are several possibilities: either her husband was married before to a woman who had cancer of the cervix; or he had several sex partners in the past and he carries the genital virus HPV, type 18 or 20.

It is more the past history of the male that decides whether his present female partner will be at a higher risk for developing cervical cancer in future or not. On the other hand, prostitutes have one of the highest rates of cervical cancer as well.

Smoking as a cause of cervical cancer

The other important factor for development of cervical cancer is whether or not the woman smokes and also how much she smokes. The carcinogens of the cigarette smoke get absorbed through the lungs, travel in the blood stream and get to the cervix of the womb this way.

However, the cervical glands in the cervical canal actively secrete a mucous, which also contains concentrated carcinogens as if the body wants to rid itself of these carcinogens and now the cells on the surface of the cervix get another dose of carcinogens, a kind of “double exposure”. The highest risk for cervical cancer was found in women who are heavy smokers and are exposed to HPV, type 18 or 20, due to life style choices as mentioned above. 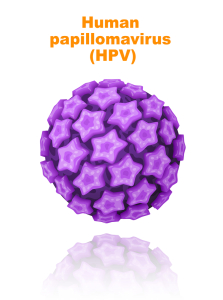 Causes Of Cervical Cancer (As Seen Through The Electron Microscope)

All these factors play a role in the risk category for cervical cancer and they determine the necessity for regular Pap tests (also see table “low risk/high risk” by clicking on this link). A woman who belongs into the high risk category for cervical cancer needs to be seen by the gynecologist for colposcopy in regular intervals where the papilloma lesions are removed from the cervix. 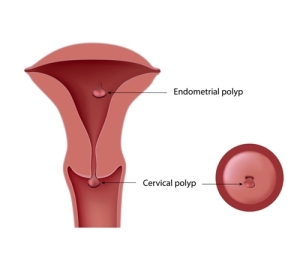