Somatization disorder usually begins before the age of 30 years. There are a multitude of physical symptoms, but the doctor cannot come up with any abnormality on  physical examination or in the lab tests.

Often the symptoms center around abdominal complaints, but other areas such as the head, the back, joints, the rectum or the chest are also common. Pain with menstruation, pain with sex or with urination are frequently present. Unfortunately the patient may have had multiple abdominal surgeries in the past as X-rays did not show abnormalities, but a laparoscopy was thought necessary to find the elusive cause of the pain. Once this has been done, there might now be real adhesion pains and even bowel obstruction from the adhesions of the prior(unnecessary) surgeries on top of the somatization disorder.

Statistics and course of somatization disorder

The female population has a rate of 1.5% in a lifetime,whereas men are affected only at a lifetime rate of about 0.2%. With somatization disorder there is a protracted, chronic course without a complete remission.

Symptoms start usually in the teens and are present in most patients by the age of 25. The start of menstruation is often a trigger in women to start this disorder. Dyspareunia (painful sexual intercourse) is often one of the reasons for marital problems and often a divorce. There is a familial pattern of psychological problems in first degree relatives as follows. About 15% of daughters of women with somatization disorder will also develop this disorder. The sons develop an increased risk of antisocial personality disorder and substance-related disorders(Ref.2).

The patient needs a physician who follows the patient along, will do tests to rule out serious conditions or diseases, but be otherwise firm and empathetic. Most of all, the patient needs this physician to prevent unnecessary diagnostic and therapeutic tests. Unfortunately psychiatric counseling sessions as well as psychological treatments tend to fail. Even hypnotherapy is often not helpful, although Hartland in Ref. 9 reports some carefully selected cases that were cured with hypnotherapy. 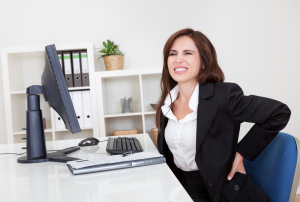