One of the diagnostic tests for AIDS is the AIDS blood test, an antibody titer test (ELISA test measuring antibodies to the HIV protein);  is used as a screening test.

As mentioned earlier, it can take 1 to 3 months for the HIV test to become positive in a person infected with HIV. During the early stage of HIV when the antibody assays are still negative, a polymerase chain reaction (special blood test) can be used to assay for the presence of HIV virus. This is a very sensitive and specific test.

If the ELISA test, which is the standard screening test, is positive caution needs to be exercised as falsely positive tests occur in a few percentages. For this reason the physician will then order a supplementary test such as the Western blot test or the indirect fluorescent antibody test. If this supplementary test is negative, this negates the initial reactive ELISA test. If the second test is also positive, it confirms that the initial ELISA screening test was correct. There are other tests to measure the viral load (thanks to www.aids.org for this link).

There is an inverse relationship between the viral HIV load in the body and the CD4 Tcell (also called CD4+ cell). The CD4+ cell count can be measured and should normally be 750 ± 250 cells per microliter. By measuring the CD4+ cell count the physician can indirectly get an idea how the viral load in the body is, whether or not treatment should be started or whether or not other agents should be added to an existing drug regimen. Finally, the viral load can now be directly measured. This is expressed as the number of HIV RNA viral copies per 1 milliliter of plasma (Ref. 1, p. 1314 and Ref. 2, p.2). 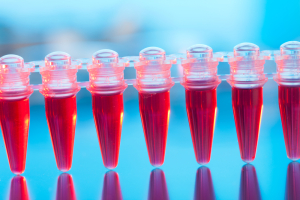