A University of Otago, New Zealand study by Dr Lisa Te Morenga and co-workers has shed new light on the negative effect of sugar on blood pressure and lipids. The key here is that these studies were not animal experiments, but involved human trials. A total of about 1700 men and women were observed for a period of time. Some were observed for blood pressure, others for lipids (triglycerides and total cholesterol). Subgroups were compared with increased sugar intake and their cholesterol and triglyceride levels were observed to have a linear relationship to the amount of sugar consumed. This became most obvious in two groups that were equal for weight (total calorie intake the same), but had increasing sugar content in the experimental groups and low sugar content in the control group. 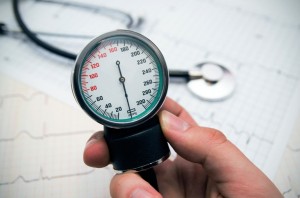 This study is important as it demonstrates that it does matter what we eat, particularly when it comes to sugar and starchy foods. Starchy foods like pasta, potatoes, rice and bread are digested into sugar only 30 minutes after a meal. Sugar stimulates the liver to produce cholesterol and lipids. In addition, sugar oxidizes LDL cholesterol, which in turn causes hardening of the arteries and as a result raises blood pressure. This leads to heart attacks and strokes. So, watch your sugar intake. Better still, cut out sugar!

More information is available at Carbohydrates.