This article is about the fact that melatonin helps bone density. You may have heard about melatonin as a sleep aid. Melatonin is a natural hormone of the pineal gland, but by the age of 50 the secretion is only 5 to 10% from what it was when we were 10 years old.

A new study from September 2015 has detected an important effect of melatonin on bones of postmenopausal women. In a placebo controlled study 81 postmenopausal women were enrolled. Their age group was between 56 and 73 years. They received nightly melatonin doses of either 1 mg or 3 mg. A control group received only a placebo pill that looked the same as the melatonin pills. The researchers followed up all women for one year. Bone mass density and body composition were measured at baseline and at the end of the clinical trial.

The lead investigator was Dr. Anne-Kristine Amstrup. The findings after one year showed that bone mass density had increased in the neck and femur by 1.4% in the group that took 1 mg of melatonin. The group that supplemented with 3 mg melatonin had increased their bone density in the neck and femur region by 2.3%. There was no bone density change in the placebo group. As the researchers had also measured markers of calcium metabolism they could tell that the increase of bone density was not due to a change in bone turnover.

The other effect of melatonin was a 7% loss of fat over the 1-year observation period of the postmenopausal women who took this hormone. At the same time they also gained muscle mass. This was a surprise finding and is desirable from a prevention point of view: less body fat and more muscle mass means lower risk of heart attacks and strokes.

The study also showed another benefit of melatonin. Overweight postmenopausal women who received supplementation with melatonin shed weight from their initial BMI. The starting BMI was 29.62 and they shed 1.74 units to a BMI reading of 27.88 after 6 months. In comparison the control group without melatonin and the normal weight postmenopausal women kept the same weight. The common benefit for the melatonin groups, however, was the same: very significant improvements in the insomnia index, which means that the quality of their sleep increased. 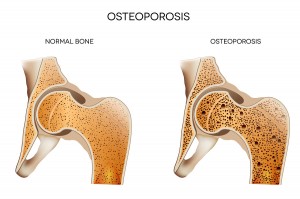 Melatonin is not only useful as a sleep regulator. It also helps to increase bone density in the neck and femur region. Melatonin also has desirable effects on lowering fatty tissue and building up muscle mass. Particularly in the high overweight category there was significant weight loss as shown in the second study. In that study researchers noted that in addition significant improvements of the insomnia index were there.