What, if I told you that exercise reduces mortality? Would you believe me?

Well, you may be somewhat doubtful. But I assure you that at end of this blog you will know why exercise reduces mortality. I am going to explain it using data from the EPIC study.

This was a large European study published in March 2015. It followed 334,161 European men and women. The mean follow-up time was 12.4 years. This created 4,154,915 person-years of study material. Such an amount of data makes this an incredibly reliable study. I has a lot of statistical power.

The investigators measured height, weight, and waist circumference of all the participants. Average physical activity was assessed. Body mass index (BMI; in kg/m², >30), and waste circumference (WC ≥102 cm for men, ≥88 cm for women) were also measured or calculated. Data from life-tables were used to estimate gains in life expectancy for those who exercised. The purpose of the study was to find out whether mild exercise would cut down mortality. The daily exercise consisted of burning between 90 and 110 kcal (‘calories’). This is roughly the equivalent to a 20-minute brisk walk.

After 12.4 years of doing the study it became evident who had the highest mortality. The physically most inactive group did the poorest in terms of survival.  This also included the most obese group. The hazard of all-cause mortality was reduced by 16% to 30% when moderately inactive individuals were compared to completely inactive individuals. Avoiding inactivity would reduce mortality in all groups by 7.35%. It was estimated that reducing obesity below a BMI of 30.0 would reduce mortality by 3.66%. The effects of avoiding high waist circumferences were the same as for avoiding physical inactivity.

Data were adjusted for age, sex, education, smoking, and alcohol intake. This is important, because these can also affect survival.

It was perhaps common knowledge before the EPIC study that exercise is good for you. We know from other studies that heart attacks and stroke rates can be reduced by exercise. Several cancers have been shown to be able to be reduced by regular exercise.

But the key in this long-term study is that relatively light exercise can reduce mortality: It reclassifies a person who belonged to the “inactive group” to a “moderately inactive group”. This minor switch is associated with an impressive mortality reduction of 16% to 30%. 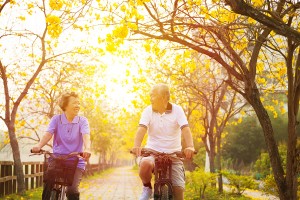 Now we have proof that both obesity reduction and exercise will reduce mortality from cardiovascular disease, cancer and other causes. This means: watch your diet, particularly cutting out sugar and starchy food overconsumption. These are known to cause obesity. This also means: exercise regularly. Between sensible eating habits and mild exercise you are 16% to 30% less likely to die compared to those who do not want to change their habits, as the EPIC study has shown.

If I told you now that exercise reduces mortality? Will you believe me?