Any Physical Activity is Better than Doing Nothing

A recent review by cardiologist Christopher Labos from Montreal stated that any physical activity is better than doing nothing.

He reviewed why today most health websites state that 10,000 steps per day would be the desired standard. He noted that this recommendation originated from a Japanese company, Yamasa Tokei. They began selling a new step-counter in 1965 which they called manpo-kei (ten-thousand steps meter).

The recommendation of 10,000 steps per day is a remnant of the advertising campaign regarding this Japanese step counter.

What are realistic goals for fitness for everybody?

Dr. Labos said that most people will take between 5000 and 7000 steps per day, even when they are mostly sedentary. If you can convince them to go for a 30-minute walk in addition, they will be close to reaching 10,000 steps per day.

Other evidence that more steps per day are healthy

The following studies showed that using various parameters researchers could measure that more steps per day improved their health. 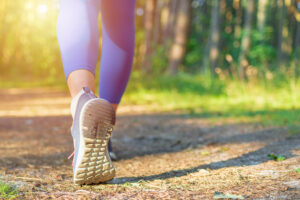 Any Physical Activity is Better than Doing Nothing

Although it is laudable to achieve a step count of 10,000 steps per day or more, few people do achieve that goal. I reviewed the evidence of where the real benefits occur with regard to mortality, control of diabetes, reduction of blood pressure and improvement of blood lipids. The inflection point is at 7,000 steps per day or more. Above this point your health is improving in all those parameters. Below 7,000 steps per day you are taking a risk. But when it comes to physical activity, any physical activity is better than doing nothing. It is a great way to improve your health!