Hashish and marijuana are another example where chemicals from a plant (marijuana plant) were made more potent. Marijuana contains a mix of hallucinogenic and pain controlling chemicals.  With hashish these chemicals are more concentrated. This means that they are more toxic to the brain as the drug is more potent. But there is no “quality control”. What is sold as hashish on the street may only contain 6% of tetrahydrocannabinol (THC).

Marijuana is derived from the hemp plant, Cannabis sativa. The most potent hallucinogenic compound appears to be delta-9-tetrahydrocannabinol (THC). However, there are about 400 other chemicals in that plant many of which are as addicting. There is a lobby movement that seeks to legalize the use of marihuana for chronic illnesses and pain conditions. In the meantime the problems of addiction are identical to the story described under heroin. There is no safe dose of hashish and marijuana. There is a hallucinogenic effect produced by the interaction of hashish and marijuana with brain cells. But the effect  from this that people seek is merely the subjective experience of a chemical burn to the brain cells. Without this toxic effect of hashish and marijuana there would not be the experience. There are differences of neurotoxicity with alcohol being the least potent one when used diluted, but increasing in toxicity  depending on the chemical configuration and potency of the agents. 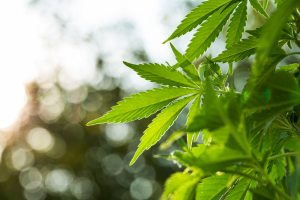 In the 1960’s and 1970’s the notion was circulating that hashish and marijuana would be “safe hallucinogenics”. We were told at that time that there would not be  an addiction potential. Subsequent research has shown that the opposite was true. Ref. 4 demystifies several myths about marijuana.

4. What Americans need to know about Marijuana (from the Office of National Drug Control Policy in the US)