Opium and heroin are some of the oldest addicting mood altering substances.

Opium is one of the oldest illicit drugs that were originally extracted from poppy plants. It was historically responsible for the opium wars. Since then many semi synthetic narcotics such as heroine, morphine and many others that are used for pain relief have been developed. Narcotics like morphine can produce the same “high” as opium and this is why drug addicted people seek them out.

Here is a link that shows how heroin was synthesized in the Bayer Laboratory in Germany by the chemist, Heinrich Dreser. Heroin was supposed to function as a pain reliever that would be more powerful and less addictive than morphine, which had caused a lot of problems of drug addiction. The marketing people at that time said it would be “safe” to use as a powerful cough suppressant for patients with pneumonia and tuberculosis, which ran rampant in Europe at the time. After a few years of use it became clear that heroin was much more potent and addictive than morphine and Bayer decided to voluntarily close their heroin production plant. Incidentally the production and sale of ASA that was started at the same time by Bayer in that plant more than 100 years ago carries on to this day. 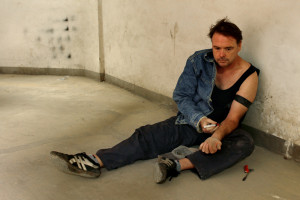 More information about a medication (Buprenorphine) that helps with heroine withdrawal in those who wish to quit heroine: