Causes Of Cancer of the Pancreas

Here I am discussing causes of cancer of the pancreas in detail. To explain, in the US there were 31,000 new cases of pancreatic cancer in 1995, and in the same time period about 27,000 patients were dying from this disease. Notably there is a slowly increasing risk with age, but the peak occurrence is between age 65 and 80. The male to female ratio is 1.5 to 1 overall, but is 2:1 for patients under the age of 40 and 1:1 for patients over the age of 80. There is an enormous variability between different geographic locations in the world as is shown in the table here (modified from Ref. 1 and 2):

Ethnic differences in occurrence of cancer of the pancreas

As can be seen, there are enormous differences between different ethnic groups (ethnic groups within Los Angeles in this example). This may be explained by genetic differences, but it may also be partially explained by variations of life style habits in different ethnic subpopulations. This is just one example of how complex this field of research is and how little we still know at the present time. Perhaps the human genome project will shed some light on these differences.

What are some of the known causes of pancreatic cancer? Cigarette smoking is one of the known risk factors that has been well established. The most important chemicals are perhaps the nitrosamines, which are metabolic products of nitrites and nitrates, salts that are used in the meat industry for curing meat and preserving the red color of processed red meat.

The same that counts for prevention of esophagus cancer is also true for pancreatic cancer: Have you checked your food labels lately? You will find that some of your favorite brands may contain nitrates or nitrites. While this may have been acceptable in the past due to a lack of knowledge, in my opinion it is simply no longer acceptable to hide in small print that this food product contains a cancer producing substance. It might help those who are educated about this, not to buy it, but what about those of us who did not know? This is where the FDA and other Government Agencies need to become more proactive.

Other factors that cause pancreatic cancer

Other factors that cause pancreatic cancer are: chronic pancreatitis, long-term exposure to solvents such as benzidine, beta-naphthylamine and azaserine. Exposure to these chemicals for more than 10 years can increase the risk for developing pancreatic cancer by a factor of 5-fold (Ref.1 and 2). 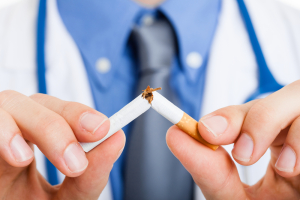 Causes Of Cancer of the Pancreas

Newer research has shown that hyperinsulinism (high insulin levels) is an important trigger factor for developing pancreatic cancer. A recent study pointed out that the rate of pancreatic cancer is highest in newly diagnosed diabetics whose blood sugars are not yet controlled. Read more about this here.