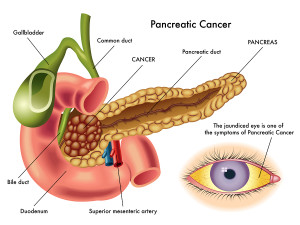 An earlier study from the MD Anderson Cancer Clinic has found that metformin, a drug used to treat type 2 diabetes reduced the risk of developing pancreatic cancer with the use of metformin by 62% (Ref. 3). Metformin is reducing the insulin resistance and insulin resistance has been found to be a triggering factor for the development of many other cancers beside pancreatic cancer.

More information is available at Causes Of Cancer of the Pancreas.