What’s new with ovarian cancer becomes apparent when research is analyzed that carries us forward into new areas of early detection. This also will bring about improved treatment of ovarian cancer. Here are a few examples from the recent literature.

It is now apparent that there are at least two genetic loci, called by strange sounding names “Mdm2” and “erbB2” that are involved in the transition from normal ovarian cells to early ovarian cancer cells. 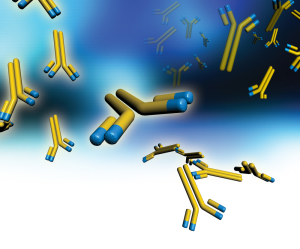 Like in any cancer, early diagnosis leads to superior results with better long-term survivals as evident from the above table. This is accomplished by regular yearly pelvic exams at your physician’s office combined with the Pap test. In case of a suspicious finding your physician will arrange for the necessary tests and referrals.

If surgery is necessary, it would be best to ask for a quick referral to one of the Cancer Clinics where oncological surgeons and gynecologists can do the staging and cytoreductive surgery mentioned above. As mentioned before, the cytoreductive surgery leads to much better survival rates. Following this it often will be necessary to administer postoperative radiotherapy or combination chemotherapy as this has been proven to result in much better survival rates.

Most women nowadays should be able to be detected in stage I of ovarian cancer, which has the best survival rates. But it is up to the woman to go for the regular pelvic exams and to insist on appropriate referrals. In terms of prevention there is a lot that can be done, namely to reduce fat intake, to increase the consumption of vegetables and to decrease alcohol intake to none or light levels only. Women who are genetically at a high risk to develop ovarian cancer (strong family history) may want to consider preventative ovariectomies. Using these simple guidelines many unnecessary cases of ovarian cancer could be prevented.