Ovarian cancer causes are difficult to pinpoint in a particular case , but there are a few epidemiological facts that help the understanding of what may have been contributing to it.

It appears that hormonal imbalance can play a role in terms of triggering oncogenes that transform normal ovarian cells into cancer cells. For instance, women who never had a child or women with a history of infertility have a higher incidence of ovarian cancer.

The more children a women has, the less likely she will develop ovarian cancer to the point where the risk can drop to only 33% of their counterparts who never had children. Even women who use contraceptives experience a 25% risk reduction down to a risk of 75% of women without children or women who do not take the birth control pill. All of these epidemiological facts are pointers that hormones play a role in the development of ovarian cancer. 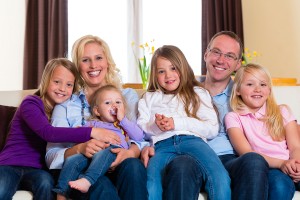 Genetic factors are known to play a role in only 5% to 10% of all cases. Among them are hereditary ovarian cancers, breast-ovarian cancer syndrome and the Lynch II syndrome. This is a combination of Lynch I hereditary colon cancer and a high risk for ovarian, breast and uterine cancers. These syndromes are the result of a genetically dominant constellation.

There has been NO association between ovarian cancer and coffee or tobacco use, but there IS an increased risk with alcohol consumption (Ref. 1 and 2).