In stage I and II disease (localized disease) for a low-grade lymphoma radiotherapy may be recommended, if there is evidence for local disease.

However, even in cases where it looked like there was local disease, there is often a relapse, even as late as 10 years or more after the radiotherapy treatment. This is different from Hodgkin’s disease and is proof that in NHL there is widespread disease early on. Intermediate-grade NHL requires chemotherapy and regional radiation, which in stage I and II will often cure the condition. High-grade lymphomas, including Burkitt’s lymphoma, must be treated with intensive combination chemotherapy including treatment of the central nervous system. This is true even for cases that look regional. Maintenance chemotherapy may be required, and often a cure can be expected. 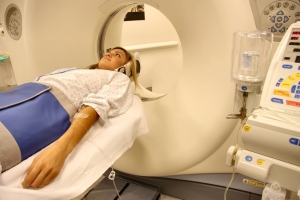 The intermediate-grade NHL is best controlled with the CHOP regimen (cyclophosphamide, doxorubicin, vincristine, prednisone). About 50% to 70% will go into remission. 70% of the complete responders are cured. The outcome is poor for the high-grade NHL patient. Stem cell transplantation taken from peripheral blood cells or taken from the patient’s own bone marrow might prolong life. A cure may be achieved in 30% to 50% of eligible patients.