According to world statistics anemia of chronic disease is the second most common form of anemia. There is a lack of available iron in the bone marrow as a result of a systemic inflammation, a chronic infection or due to cancer. Chronic illness often associates with iron deficiency as well. There is a combination of several factors that lead to this form of anemia. Firstly, measurements of red blood cell (RBC) survival show that RBC’s live shorter than the normal 120 days. Secondly, the bone marrow produces less new RBC’s (called erythropoiesis) because of a relative shortage of erythropoietin. In addition, the bone marrow is less responsive to erythropoietin. Moreover, anemia of chronic disease suppresses the intracellular metabolism of iron. Consequently the end result is that the bone marrow cannot compensate for the anemia by increase RBC production, because of the combination of reduced erythropoietin production and impaired iron metabolism.

Again there are the general symptoms of lassitude, lack of energy and other symptoms described in the introductory chapter to anemia. On top of this there are the symptoms from the underlying chronic disease.

Blood tests include tests of transferrin, transferrin receptor, serum ferritin and hemoglobin. The doctor will discuss details of these tests with you. In addition, a referral to a hematologist may be necessary. 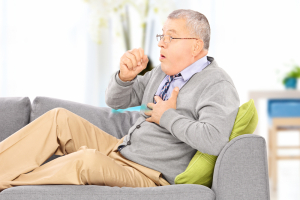 In order to be successful with the treatment of the anemia of chronic disease the doctor must treat the underlying chronic condition. Above all, blood transfusions are rarely necessary. Instead the physician may for instance consider giving recombinant erythropoietin.  There is a reduction in production of erythropoietin, but also of bone marrow sensitivity to it, which therefore requires a higher dose. Typically the dose for erythropoietin is 150 to 300 units per kilogram. The patient receives this subcutaneously three times per week. A patient who had an initial hemoglobin of 8.0 micrograms/deciliter and who responded with an increase to 8.5 micrograms/deciliter or higher, sounds like a good response. Additionally, the patient requires iron supplements to increase the responsiveness of the bone marrow to erythropoietin.