In 2014 several studies were released involving rather large numbers of subjects. A study in the British Medical Journal from April 2014 involved 849,412 men and women and had a follow-up observation of nearly 30 years (Reference below). Rajiv Chowdhury and colleagues selected 73 observational studies where blood values of 25-hydroxy vitamin D levels were known and correlated this to the causes of death over almost 30 years. The results were interesting: those whose levels of vitamin D in the blood were in the lowest 1/3 of all subjects had a death rate from cardiovascular disease, from cancer or from any cause that was 35% higher than the group with the highest 1/3 of blood vitamin D. Because of the large number of participants and the long observation period of almost 30 years the outcome of this study created very reliable results (it was statistically highly significant).

There was another subset of an analysis of 22 randomized control trials where the effects of vitamin D3 supplements were investigated. In this subset were 30,716 participants. There was an 11% lower risk of any mortality when vitamin D3 was given to subjects and compared to those in the placebo group or to those who received no vitamin D supplementation. The observation time was between 3 and 7 years.

Comment: This is an interesting study as there were two parts: on the one hand it showed that a lack of vitamin D3 was associated with an increased death rate, mainly from cardiovascular causes or from cancer. But at the same time it also showed that giving vitamin D3 as a supplement lowered the risk of dying. At the time investigators were working with very low doses of vitamin D3, namely in the 400 IU or up to 1000 IU, and it is amazing that the investigators got the results they did. Overall this also compares favorably with another study from June of 2014 where it was shown that vitamin D3 causes a lower overall mortality.

Nowadays vitamin D3 doses of 4000 to 5000 IU per day up to 20,000 IU in those with absorption problems of vitamin D3 are the norm rather than the previous lower doses. It is recommended to use the supplement and bring 25-hydroxy vitamin D levels up to 50 to 80 ng/ml. Laboratory tests for vitamin D blood levels from time to time can easily monitor this. 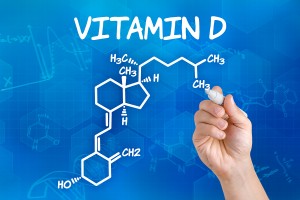 More information on the beneficial effect of vitamin D3 on heart and brain: https://nethealthbook.com/news/vitamin-d3-benefits-heart-brain/