Here I am discussing that vitamin D3 benefits both heart and brain. Typically, what’s good for the heart is also good for the brain. This has been reconfirmed in two independent studies involving measurements of vitamin D3 levels (25-hydroxy vitamin D).

The researchers noted that there was an association between better cognitive test scores in the beginning of the study and higher vitamin D levels. A comparison of the test scores between the end of the study to the scores at the beginning showed that those with low initial levels of vitamin D had a much greater decline of cognitive function. Dr. Wilson said that vitamin D3 supplementation could have a huge positive effect on maintaining cognitive function in the elderly, as the majority of this population is deficient for vitamin D3. 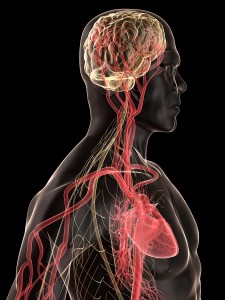 When both of these studies are taken together, it is clear that vitamin D3 supplementation gives you a two for one deal; it is good for your heart and good for your brain!