2. Another 2015 publication from the Department of Chemical Engineering, Texas Tech University, Lubbock, TX pointed out that free radicals from excessive oxidative stress can cause cardiovascular disorders, hardening of the arteries, heart attacks and more. Antioxidants like vitamin C can maintain the intracellular equilibrium. Other antioxidants are also useful in that regard: CoQ10, beta-carotene, lycopene, quercetin, resveratrol and vitamin E.  In this paper the authors concentrated on the pharmacokinetics of various antioxidants pointing out that the blood levels were not always maintained to levels where it would have been desirable. Various novel carriers were discussed such as nanoformulations, liposomes and nanoparticles to see whether they could provide superior delivery of antioxidants in the management of cardiovascular disease. 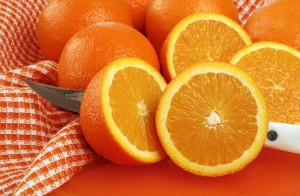 Vitamin C remains the one vitamin, which has shown its benefits over the years, if not over the centuries. Seafarers knew that lemons prevented scurvy, but in the meantime we know a lot more about the power of antioxidants. Antioxidants like vitamin C are very important to inactivate free radicals that could otherwise damage heart cells. The heart attack rate is lower in those who take in more vitamin C and other antioxidants. The death rate after a heart attack is also much lower when people have consumed higher doses of vitamin C. Fruit and vegetable consumption is the simple answer.