A new study showed that skipping breakfast and heart disease are related. The study involved 6550 adults in the US, aged 40 to 75. Over a period of 18.8 years 2,318 deaths occurred. Of these 619 deaths were due to cardiovascular disease.

Questionnaires determined that 5.1% never had breakfast; 10.9% ate breakfast infrequently; 25% ate breakfast sometimes; and 59% consumed breakfast every day. The study found that when people skipped breakfast frequently or always there was a higher risk of death from heart attacks or strokes.

This risk was independent from socioeconomic status, cardiovascular risk factors or body mass index. The researchers wrote: “To the best of our knowledge, this is the first prospective analysis of skipping breakfast and risk of cardiovascular mortality”. One of the limitations of the study was that they did not record what the clients ate for breakfast. When persons skipped breakfast, they were more likely to be obese, had cholesterol and triglyceride level increases, had type 2 diabetes, blood pressure increases, heart disease and metabolic syndrome.

Comments about the study 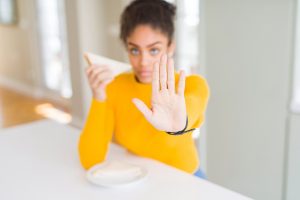 Not having breakfast is a major independent risk factor for developing cardiovascular disease. This in turn can cause sudden deaths from heart attacks or strokes. The study discussed here has examined this on 6550 adults in the US, aged 40 to 75 over a period of 18.8 years. 619 deaths were found to be due to cardiovascular disease and were linked to not eating breakfast. A research team has finally confirmed the old story of grandma telling her grandchildren to eat their breakfast to stay healthy.