You heard that fiber is good for colon cancer prevention, but have you heard that fiber prolongs life after a heart attack? This is exactly what a study that appeared in the British Medical Journal in April 2014 showed. The lead investigator, Shanshan Li (Harvard School of Public Health, Boston, MA) used data from 1840 men (participants of the Health Professional Follow-up Study) and 2258 women (Nurses’ Health Study) who had survived an initial heart attack. The average follow-up period was over 9 years. Dietary questionnaires were completed every four years and included information before and after the heart attacks. A pooled analysis was undertaken where the risk of dying from any cause was calculated (all cause mortality). The researchers found that the men and women with the top 20% fiber intake had a 25% lower probability of dying from any cause when compared to the lowest 20% group of fiber intake.

Other studies have been done showing that fiber lowers LDL cholesterol, which in turn lowers the risk of heart attacks. Fiber intake also lowers gastrointestinal cancers, uterine cancer and pancreatic cancer. There is a 2010 study from Japan that followed 58,730 Japanese men and women aged 40–79 years of age for a period of 14 years. Similar to the above-mentioned study they compared those with high fiber intake and those with low fiber intake and computed the difference in mortality from heart attacks, strokes and other cardiovascular events. The high fiber group had 52% less mortality in men and 51% less mortality in women when high fiber mortality was compared to the groups with low fiber intake. They also found that soluble fiber was much more effective than non-soluble fiber and fiber from fruit and cereal was making the difference while fiber from vegetables did not have this effect. 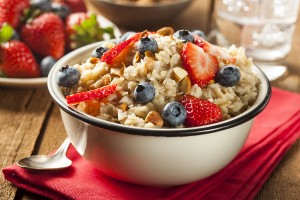 2. regarding fiber for prevention of colon and rectal cancer: https://nethealthbook.com/cancer-overview/colon-cancer/food-risk-factors-colon-cancer-rectal-cancer/