1. The JAMA Network Journals reported about a study that showed that calorie restriction is beneficial. This study was published May 2, 2016 and involved 218 subjects, 30% men and 70% women. The body mass index of all participants was in the range of 22 to 28. The caloric intake was restricted by 25% for two years for two third of the subjects. The other third was allowed to eat as much as they wanted. The calorie-restricted group lost 16.7 pounds on average over the two years of the trial. Compared to the control group the experimental group noticed other improvements.

2. Another study described an experiment with 150 non-obese healthy men and women. They were aged 25–45 years and were calorie restricted by 25% for 6 months. The study was called CALERIE study and conducted by the National Institute on Aging. It centered around key blood tests that monitored cardiovascular risk factors. Some remarkable blood test improvements were noted. The inflammatory marker C-reactive protein was significantly reduced. Insulin resistance was also reduced. And a decreased LDL cholesterol and increased HDL cholesterol indicated a reduction of heart attack risk. Calorie restriction has been shown in animal experiments to prolong life. These human trials show that calorie restriction works in humans too. However, this is complicated by the fact that we are constantly exposed to food commercials. This invites us to indulge in food, eat more and gain weight. We have to remind ourselves that calorie restriction is beneficial. 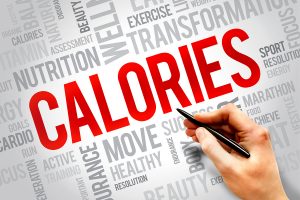 This means we should not hesitate to skip a meal and have liquids instead. Alternatively you may want to reduce your calorie intake by 15% to 25%. We won’t “starve to death”, but will improve our health.