Dysthymic disorder is a mood disorder, which would be located between feeling normal and feeling depressed.

The person affected with it is in a chronically depressed mood, which would be present for at least 2 years in adults and 1 year in children or teenagers (see Ref. 2 for details). The mood is “down in the dumps” or sad the majority of time. In children this could express itself more like being irritable.

On top of this there have to be two or more of the following symptoms: problems falling asleep(insomnia) or sleeping too much(hypersomnia); overeating or lacking appetite; low self esteem; difficulties making decisions or concentrating; chronic low energy or fatigue. Unfortunately the patients who feel this way and who qualify for the diagnosis “dysthymic disorder” have become used so much to their symptoms that they often become their own worst enemies and do not report their symptoms to anyone.

They carry these negative feelings with them and simply accept that “they are stupid” or “that’s the way they are”. 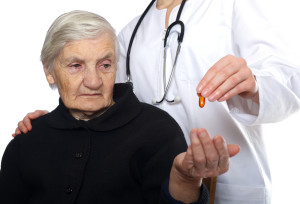 Cognitive and behavioral therapy and antidepressant medication
for depressive episodes, if it develops into this.

In the last case, this would then be termed a recurrent depressive disorder. Often people who develop depression out of the dysthymic background may need a small dose of maintenance antidepressant medication, as they would tend to not return to a normal mood between depressive episodes, but return to the dysthymic disorder mood that they are used to. With proper follow up these patients will do well.