What is the severe acute respiratory syndrome, also with the name SARS? SARS is a new strain of a flu that comes on fast. It leads to a high fever, a severe cough and an atypical pneumonia with inflammation of the lung tissue. The cause of  this illness is a new type of virus. It leads to a severe lung infiltration that physicians can detect with chest X-rays.

The medical profession knew about cases similar to SARS for several decades under the name of “atypical viral pneumonia”. Most viruses lead to a laryngotracheitis, affecting only the lining of the upper airways like the trachea and the voice box. However, SARS is not like this.

More research about what caused SARS

This new strain of virus goes right down into the lung tissue leading to more severe breathing problems from secretions that plug the air sacs (alveoli). However, only about 3% to 4% of patients who get SARS actually die as explained in the links below (see CDC and WHO Internet sites), but the death rate is higher in the above 50 year-of-age group.

Here is a brief review explaining the evidence in the medical literature up to Nov. 2005. Since March 2003 it is known that SARS likely is transmitted by a small virus belonging into the same family of viruses like measles or mumps (the Paramyxoviridiae family of viruses).

However, Dr. Francis Allan Plummer from the National Microbiology Lab in Winnipeg/Canada has isolated a human metapneumovirus in six out of 8 specimens from high suspicion cases for SARS that were submitted to the Lab.

The puzzle of what caused SARS

In the beginning it was thought that perhaps two or three similar viruses would be tricking the immune system in not mounting an immune response in some susceptible persons whereas in the majority of patients the immune system would produce enough antibodies to overcome the disease. However, the mystery was solved when the New England Journal of Medicine published a report from the SARS working group one month early on Apr.10, 2003. It stated that there has been only one coronavirus isolated from 18 SARS patients who died from this disease 10 to 14 days into it and that this was a new strain of virus, which likely originated from a single ill health care worker from the Guangdong Province in China.

These researchers used genetic tests (reverse transcription- polymerized chain reaction), electron microscopic tests of cell cultures with throat swabs from infected SARS patients as well as immunological tests with group specific coronavirus antibodies to pinpoint the cause of SARS. A new name for this virus has been suggested: Urbani SARS-associated coronavirus in honor of Dr. Carlo Urbani, a WHO investigator who died of SARS himself when he investigated the early epidemic in Asia. Since 2004 the simpler term “SARS coronavirus” or “SARS virus” is used.

Vaccine and prevention of transmission

There might be inborn (genetic) weaknesses in some patients. The National Institute of Health is developing a vaccine against the coronavirus, which is thought to trigger SARS. At the present time the best therapy is isolation in a hospital for those who are very sick and to treat them with a combination treatment of corticosteroids and antiviral antibiotics (ribavirin), which may be 70% or more effective in curing the disease, provided it is started early enough. The most important point is prevention of further transmission by isolation procedures (quarantine). Hopefully there will be a vaccine available soon, which could possibly be incorporated into the Flu vaccine. 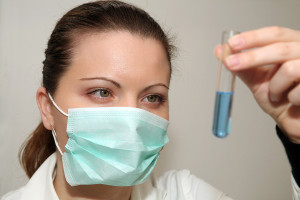 When I worked as an intern at McMaster University in 1977 the ambulance brought a 25-year old young man into the Intensive Care Unit of one of the University Hospitals extremely short of breath, despite an oxygen mask. He coughed, had a high fever and his chest X-rays showed an atypical pneumonia pattern. This had led to an acute adult respiratory distress syndrome. Unfortunately, this young man died within 2 days from the onset of this acute viral pneumonia. The physician in charge called it an “atypical viral pneumonia”, because it was not your typical regular pneumonia. The scary part in retrospect is that the physicians and health care workers did not really know what the virus was. It could have been a precursor of a SARS-like virus or he may have died of Hantavirus pulmonary syndrome, both of which were not yet known at that time.

The WHO has given a press release (Reuters) on Nov. 6, 2003 following a meeting in Geneva between experts from laboratories and vaccine manufacturers to announce that the outlook for an effective and safe vaccine against SARS would be encouraging.

However, the experts pointed out that it takes usually 2 to 4 years for positive results from the beginning of the development of a new vaccine. After encouraging animal experiments Dr. Marie-Paule Kieny, head of WHO vaccine research, stated that trials of a SARS vaccine on humans could begin as early as January 2004. Here is a paper on basic research regarding a SARS vaccine in mice.

Should another SARS epidemic occur, the only effective method of containing the spread of the infection would be strict isolation methods of infected people and thorough tracing of contacts. Contacts who test positive require isolation as well, WHO director-general Lee Jong-wook pointed out. In the 2002/2003 SARS epidemic over 800 people, mainly in China, Hong Kong and Taiwan, were killed by the SARS virus. In June 2012 I could not locate any newer information than this communication: News on vaccine development.

John Stavrinides and David Guttman from the University of Toronto, Canada, have done detailed genetic analyses of the SARS coronavirus and determined that there appears to have been a fusion of two subunits, one coming from an avian virus and another one from a mammalian virus.

Ancestral tree of the origin of the SARS virus

This type of detective work allows the researchers to trace the ancestral tree of the origin of the virus. It is believed that the original viruses likely still exists in separate species and that researchers can track them down by the same genetic methods. The researchers published this in the Journal of Virology (Ref. 11). These authors also stated that a recombination event that switched surface glycoproteins of the virus determined that there would be a switch in the host affinity. It is because of this recombination switch that humans are now the preferred target of the SARS coronavirus.

Here is a link to the official CDC site about SARS.

This link brings you to the World Health Organization site (WHO) where SARS is discussed.

Researcher observed two cases of a new viral illness with severe respiratory infection and a high death rate in September of 2012, based on two cases. One Saudi Arabian national died in June. Authorities flew a Qatari national with a travel history to the Kingdom of Saudi Arabia to London, England for treatment. The WHO quickly assessed these new cases. They determined by biopsy and tissue samples and by doing genetic sequencing that these two cases were due to a new coronavirus different from SARS. It was a new coronavirus that researchers knew existed in animals.

Since then, it received the name “Middle East Respiratory Syndrome” (MERS). These two cases confirm that it can affect humans, but it does not transfer from human to human. It is highly unlikely that it would trigger a pandemic like SARS in the past. However, WHO officials are monitoring the situation closely and have defined what a suspicious case would be. Suspicious cases would be anybody with a high fever, cough, shortness of breath, and breathing difficulties.

There is no reason for alarm at this point in time, but travellers to Saudi Arabia must be aware that they are at a higher risk of getting this disease.
Here is a link to WHO updates on new coronavirus infections.