Using screening for high risk populations with barium swallow or gastroscopy, they were able to increase the percentage of early stages of stomach cancer at the time of initial diagnosis from 15% to 40% with a resulting decrease of mortality from this dreaded disease. The mortality from stomach cancer in Japan has dropped to less than 50% of what it used to be 25 years ago.

It would be wise to learn from the Japanese and introduce mass screening of at least the high risk population in the US as well as elsewhere in the world. By doing this, you can see (from the table under the “staging of stomach cancer” chapter) that the initial diagnosis is moved one or two stages up allowing the physician to treat a grade I cancer instead of grade II or III, which in turn will improve the stomach cancer survival rate by 13%, if stage III improved to grade II, and by 46%, if grade II improved to grade I. Who says, prevention does not pay off?

Prevention is better than a cure

Apart from this, what is even more cost effective, is to modify life styles according to what I pointed out in the beginning, when I described the causes of stomach cancer. Why not cut out nitrates as much as possible by cutting out sausages and cheeses that have nitrates as a curing agent in them. There are enough products on the market with different preservatives that have no impact on stomach and other cancer.

You may want to consider even going on the zone diet (or Mediterranean diet) according to Barry Sears (Ref. 8), which would be beneficial for your metabolism. Hyperinsulinemia, which contributes a risk for developing cancer, would be eliminated. Finally, avoidance of other known carcinogens listed under “causes of stomach cancer”, the use of proper refrigeration, attention to drinking water quality and eradication of chronic helicobacter pylori will go a long way to eliminating stomach cancer. The minority subpopulation who may have genetics against them and those with gastric mucosal atrophy will need regular surveillance by intermittent gastroscopy, so that they will not slip through the security web. Even when detected at an earlier stage, such as stage I, there will be a much better disease control and longterm survival as indicated above even in these patients. 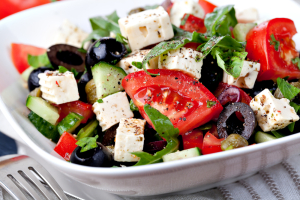 Another big preventative factor is regular exercise of 150 minutes per week, which is known to cut down cancer rates for all cancers by 40 to 50%.

Finally, when a person is in the 30’s very few cases of stomach cancer are observed. This likely is because of the hormone status in that age group where thyroid hormones, sex hormones (testosterone, estrogen, progesterone), DHEA and growth hormone are all balanced. When we age, hormones are not balanced any more, particularly above the age of 50. These subtle changes weaken the immune system and allow cancer cells to grow including in the case of stomach cancer. Saliva hormone tests and blood tests allow to investigate hormone levels and any deficiency spotted can be remedied with bio-identical hormones. This is a preventative method that has not been utilized by a large group of people.