Hodgkin’s disease (also called Hodgkin’s lymphoma) originates mostly from a swollen lymph node, but can also originate from the bone marrow. There are two peaks of occurrence, one in the age group between 15 and 43 and another age group above age 60. There are twin studies demonstrating that genetic factors play a role, but other studies also provide evidence for environmental causes. For instance, certain occupations such as woodworkers are at a higher risk or patients with Epstein-Barr or HIV virus infections. 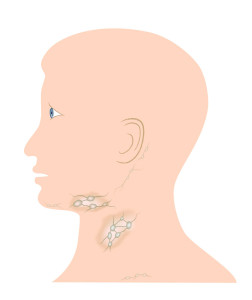 The more Hodgkin’s disease progresses, the weaker the immune system becomes. This is a predicament to the patient as the weakness of the immune system allows the disease to progress at a faster rate. The earlier the disease process is diagnosed the sooner the progression of the disease can be stopped with appropriate chemotherapy. Often radiotherapy and chemotherapy are combined for best results. In cases where there is resistance to the treatment,  stem cell therapy can be considered. In this case your own stem cells are drawn and stored. High dose chemotherapy is given designed to kill the Hodgkin’s lymphoma cells and the stored stem cells are re-injected through a vein to repopulate the bone marrow with healthy stem cells.