A lack of zinc can lead to DNA breaks and zinc can repair DNA. These are the findings of a recent study from January 5, 2015.

DNA is vital for cell function. When DNA breaks occur such as in zinc deficiency, cell function suffers. If this condition persists and does not get repaired, it undermines longevity.

Maya L. Joray and colleagues from the University of Colorado Health Sciences Center investigated 40 Ethiopian women. They assumed that they were zinc deficient because of decreased meat intake and a diet that contained high phytates associated with a reduction in zinc absorption.  Phytates are present in whole-grain breads, cereals, legumes, and other foods. They bind zinc and inhibit its absorption.

This can lead to zinc deficiency as researchers observed in this group of Ethiopian women in the beginning of the study. They were supplemented with 20 mg of zinc per day for 17 days. A comet assay, which measures DNA strand breaks, was performed in the beginning and at the end of the study. In the beginning the DNA breaks were testing high, whereas there was a reduction of the breaks after the span of only 17 days.

The authors concluded that the comet assay to measure DNA strand breaks was a sensitive test to measure the response to zinc supplementation and was more sensitive than measuring zinc serum levels, which often showed no appreciable changes when the comet DNA test did. 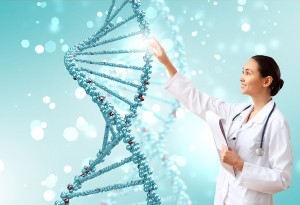 A simple lab test can establish whether zinc levels are normal or below normal. This established whether zinc supplementation would be helpful. Dr. Hoffer has also shown that inclusion of zinc as a co-factor in supplementation had significant advantages over regular cancer treatments in end stage cancer patients.