Prostate cancer prevention arose out of the observation that Chinese and Japanese men have 70-fold less prostate cancer than North American men. This has lead to a thorough review in an attempt to explain these differences.

As mentioned in the beginning of this chapter there was a significant difference found in the content of the prostate enzyme 5-alpha-reductase in prostatic tissue.

It was much lower in the Chinese/Japanese population. The 5-alpha-reductase inhibitor finasteride( brand name: Proscar) has been used as a result of this type of research for many years, mainly for treatment of benign prostatic hyperplasia(BPH).

North American men who use finasteride on an ongoing basis to control the size of the prostate have been followed by the researchers and DHT blood values have fallen significantly and prostate cancer rates have also fallen significantly in this group of men. It often takes decades before the final verdict is in, but there certainly seems to be a possible role for finasteride in high risk populations.

In Ref. 10 Dr. Lee describes on page 6 and 7 that the Prostate Cancer Prevention Trial (=PSPT) involved more than 15, 000 men aged 55 and over. The results were confusing as it did show a reduction of 28% in the rate of prostate cancer (24.4% in the placebo group and 18% in the finasteride group over 7 years); but the reduction of size of the prostate from 33.6 cubic centimeters in the placebo group to 25.5 cubic centimeters in the group that had taken 5 mg of Proscar daily, was problematic. In addition they found that the rate of high-grade cancers was higher in the Proscar group (6.5%) than the placebo group (5.1%) suggesting to researchers that this might reduce the PSA level that is used for screening and thus the diagnosis would be missed in patients treated with Proscar.
Dr. Lee explained that the paper that was published in the New England Journal of Medicine neglected to say that there are potent other alternatives to Proscar to inhibit 5-alpha reductase, namely the hormone progesterone and palmetto berry extract. The most powerful treatment that anti-aging physicians can offer is hormone replacement with testosterone and progesterone using bio-identical hormones that are used as compounded creams and that are dosaged based on saliva hormone tests (Ref. 10). Dr. Abraham Morgentaler, a urologist who has done extensive research and publishing on the subject of bio-identical testosterone replacement (Ref. 11), has also stated that testosterone is not the culprit in prostate cancer and to the contrary, this anabolic steroid hormone needs to be replaced by using bio-identical hormone preparations, even in men who have prostate cancer (in combination with progesterone, if this is missing based on saliva tests). 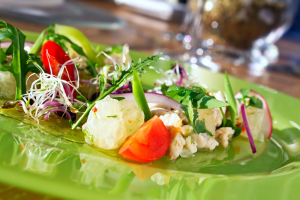 Aging men who have a bit of a belly will produce too much estrogen from the enzyme aromatase that is present in the fatty tissue. Aromatase converts testosterone into estrogen. This can cause heart attacks and stimulate prostate cancer growth. A small amount of bioidentical progesterone cream functions as a natural 5-alpha-reductase inhibitor, which stops DHT conversion from testosterone (Ref. 10). Dietary changes will help end the negative effect from fatty tissue, but testosterone and progesterone replacement with bio-identical hormones will re-establish the former hormone balance. This will also protect from prostate cancer in the long-term.

The other important factor that came out of this type of research is the fact that there are significant differences between the North American diet (rich in fat, lots of refined carbohydrates, lacking in vegetables and fruit ) and the Chinese/Japanese diet ( low fat content, less refined carbohydrates, lots of vegetables and fruit). A recent 2014 French study showed that insoluble fiber can reduce prostate cancer risk by 53%. This type of fiber is found in lentil soup, beans, vegetable chili, a Middle Eastern dish of chick peas or in pea soup.

Change your food intake to a low fat diet with lots of vegetables; one popular example would be the Mediterranean diet. This diet contains a host of anti-carcinogenic substances, which prevent not only prostate cancer, but prevent other cancers as well.

Next, based on saliva testing it is suggested to replace missing testosterone and progesterone using bio-identical hormone creams to levels when the man was 30 to 35 years old.

Zinc is a trace mineral that has a lot of functions in the body. It is a co-factor in many biochemical reactions within the cells. One important function of zinc is to repair breaks in the DNA of cells, in men particularly in the prostate gland (in women also in the breasts). For more information see this link: https://nethealthbook.com/news/zinc-repairs-broken-dna/ A typical zinc supplement dose is 30 mg to 50 mg per day. 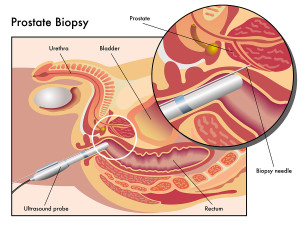 Apart from avoiding carcinogens (quite smoking, if you do) changing to a diet with lots of vegetables and replacing missing hormones, have your yearly prostate exam and your yearly PSA test done. If the PSA is getting higher compared to last year’s test, get a referral to a urologist and have a prostate biopsy done. This will give you peace of mind or in the case of early cancer of the prostate give you the best result of an early intervention (highly selective radical prostatectomy).

10. John R. Lee: “Hormone Balance for Men – What your Doctor May Not Tell You About Prostate Health and Natural Hormone Supplementation”, © 2003 by Hormones Etc.