When too much Napping is Bad News

A new study measured napping in older people and found a fact when too much napping is bad news. People who nap too much during the day may start displaying symptoms of Alzheimer’s disease later in their lives.

The researchers observed 1,400 people between the ages of 74 and 88 (average age of 81). They developed a tracking device to monitor napping. With this they found that between the hours of 9AM and 7PM people often napped at different times. Researchers also determined cognitive function from time to time during the study period.

Results from the napping study

Generally, there was an increase in napping time over 14 years as follows.

A previous study followed 2751 community-dwelling older men for 12 years in 2019. Men who napped more than 2 hours per day had a risk of 66% of developing cognitive impairment (Alzheimer’s disease).

How to preserve memory

Dr. Pamela Smith gave a lecture at a congress on aging that I attended. It was entitled “How to maintain memory at any age”. A person of 75 years has a memory decline of about 40%. But memory decline can largely be prevented.

Points that contribute to Alzheimer’s or prevent it

Here are a few points that contribute to develop Alzheimer’s: 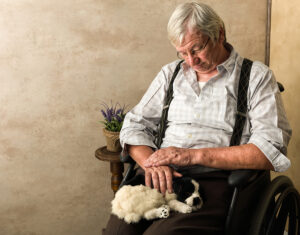 When too much Napping is Bad News

Too much napping is linked to the development of Alzheimer’s disease. When people nap too much during the day, this is a risk factor that may point to progressive memory loss. In a lecture that I attended in the past Dr. Pamela Smith outlined what makes memory function worse and what can improve it. An important point is to maintain blood sugars in the normal range, as diabetics are at a threefold risk of developing Alzheimer’s in comparison to non-diabetics. A lack of sleep (insomnia) is often present in the elderly due to melatonin deficiency. Too much stress, smoking and excessive alcohol use can rob you of memory function.

But a diet rich in antioxidants like the Mediterranean diet preserves your memory. Estrogen and progesterone replacement in women and testosterone injections in men improve memory when it comes to the change of life (menopause and andropause). Dr. Smith pointed out that a number of herbs, vitamins and minerals can prevent the development of Alzheimer’s in combination with the points raised above.