1. A study from the Harvard T.H. Chan School of Public Health followed 926 men aged 40 to 84 who were diagnosed with prostate cancer, but whose cancer had not yet spread. The researchers monitored the patients for approximately 10 years. They also analyzed the diets of the patients 5 years after the diagnosis of the prostate cancer using detailed questionnaires. Men following a Westernized diet with red meat, refined grains, high-fat dairy products and processed foods had a probability of dying that was 2.5-times higher than men who were on the healthiest diet. In terms of dying from any cause the men on the Westernized diet had a 1.5- fold higher risk than the men on the healthiest diet.

Dr. Jorge Chavarro, the lead investigator said that men who have been diagnosed with prostate cancer should choose a Mediterranean type diet with vegetables and fruit, fiber and less dairy products and meat. This will help them improve their chances of survival. Another study published in Cancer Prevention Research (April 14, 2015) found that green tea catechins in capsule form were effective in preventing the development of prostate cancer in 23 of 26 men; at the time of enrolment into the study they all had high-grade intraepithelial prostate cancer and three men developed overt prostate cancer after one year of observation. In the control group who only received placebo pills 10 men came down with prostate cancer. The patients on green tea catechins also had a reduction of their PSA (a prostate marker) values in comparison to the placebo group.

2. How does the Mediterranean diet compare to the Standard American diet? Which one protects men from prostate cancer? And the same question needs an answer regarding the green tea catechins. At the 23rd Annual World Congress on Anti-Aging Medicine in Las Vegas (Dec. 11-13) Dr. Mark Rosenberg may have answered this question. He spoke about the ENOX-2 gene located on the X-chromosome, which is only expressed during embryogenesis and then in adulthood only again when cancer develops.

Researchers developed a test to check for the ENOX-2 gene. It becomes positive 5 to 7 years before a physician can detect cancer clinically. This has the name Oncoblot test. As sensitivity of ENOX-2 is high and false positives are negligible, this makes the ENOX-2 marker ideal for cancer screening. There are various isoelectric points for various cancer tissues, so the lab physician can tell the treating physician from which tissue a positive cancer test originates. Fact is that a combination of green tea and capsicum  suppresses the expression of the prostate cancer gene. This turns off the cancer gene. Corresponding biopsy samples showed that the cancer cells had disappeared. This is an entirely new concept. I have to mention that presently the Oncoblot test is not available as the manufacturer is woking on making it more specific and sensitive. The website will be activated when this is complete. 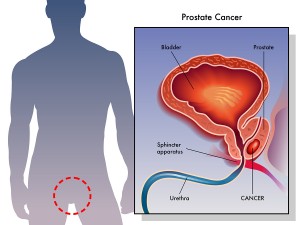 We are entering a new era, where we have to view cancer from a different angle. It appears that certain cancer inducing foods and chemicals (called carcinogens) turn on cancer genes like the ENOX-2 gene. But there are other substances like catechins in green tea and capsicum (from hot pepper). They turn off cancer genes (like the ENOX-2 gene). In this light the effect of green tea and of the Mediterranean diet, when combined make more sense. It underlines the old principle that prevention is more powerful than any attempt to heal.