In August 2014 the journal “Osteoporosis International” published a report from a trial where researchers compared two groups of patients. One group consumed high doses of vitamin E. The other group only had low doses of vitamin E in their food intake.  The investigators compared the hip fracture risk of both groups after 11 years of observation. Those whose vitamin E blood levels were lowest had a 51% higher risk of suffering a hip fracture in comparison to the high vitamin E blood level group.

The data comes from community-based Norwegian studies that researchers conducted between 1994 and 2001. The experimental group consisted of 1168 subjects between the ages of 65 and 79 who had suffered hip fractures during up to 11 years of follow-up; the health care professionals obtained blood samples for vitamin E levels (alpha-tocopherol). The researchers compared the vitamin E levels to a control group from the same cohort. They consisted of subjects who did not suffer hip fractures during the observation period. The investigators took vitamin E levels (alpha-tocopherol) from this group as well.

Results of the Norwegian study on the use of vitamin E

The researchers noted that patients with the lowest 25% of vitamin E had a hip fracture risk that was 51% higher than the subjects with the highest levels of vitamin E. In other words the higher a person’s vitamin E level was the lower the hip fracture risk was. The researchers adjusted for body mass index, for serum vitamin D levels and other factors. It did not change the results.

The authors of the study suggested that oxidative stress contributes to osteoporosis.  This is what leads to subsequent hip fractures. Vitamin E is a strong antioxidant, so it is not unexpected to find that vitamin E deficiency is a contributor to osteoporosis.

Comment: As the links below suggest, osteoporosis is a multifactorial condition. Contributors are low vitamin D3 intake, low vitamin K2 intake, calcitonin deficiency and magnesium deficiency. Now it is also known that deficiency in vitamin E can also be a contributor to osteoporosis that leads to subsequent hip fractures. 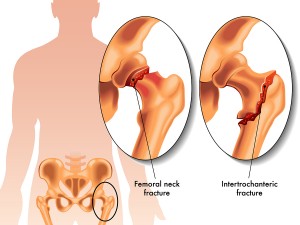 More info on causes of osteoporosis: