The Fear Of Salt

The fear of salt is associated with the medical dogma that lasted for several decades that salt over consumption would elevate blood pressure. We know that high blood pressure will cause heart attacks and strokes. Over the years governments have been influenced by health associations. These made recommendations to the public lowering salt intake in order to save lives. From a review in the Scientific American (July of 2011) it is clear that several large trials were unable to show that blood pressure was raised as a result of more salt intake. Conversely it could not be shown that blood pressure could be lowered when salt intake was cut.

What needs to also be considered is that low salt diets could actually have potentially serious side effects. When a person cuts salt intake, the body will respond by releasing the enzyme renin and aldosterone. The effect of both is that blood pressure is being increased.

What are known causes of high blood pressure? 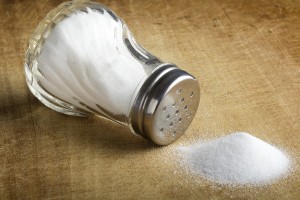 The Fear Of Salt